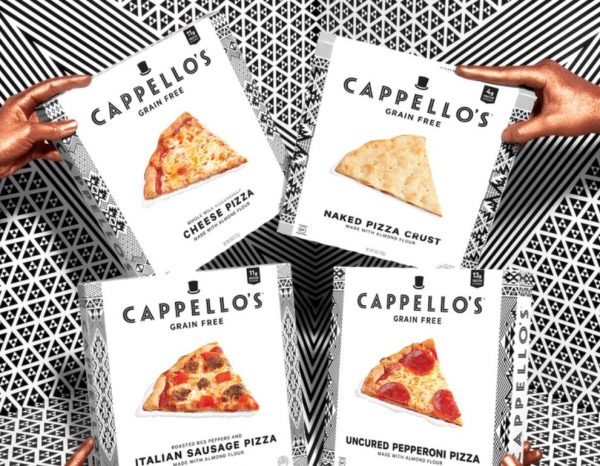 Cappello’s offers a new line of almond flour frozen pizzas in addition to different kinds of pasta and dough. (Screenshot)

A grain-free foods maker has raised some fresh dough.

Denver-based Cappello’s, which sells pizza, pasta and cookie dough made with almond flour, disclosed its $2.53 million funding round in a July 15 SEC filing.

The company, based at 3136 Larimer St. in RiNo, recently launched a line of almond flour frozen pizzas, according to a press release. It offers a whole milk mozzarella cheese pizza, an uncured pepperoni pizza, Italian sausage pizza with roasted red peppers, and a naked pizza crust.

The brand’s pizzas and pastas range from $9 to $12 online, while its cookie doughs both retail for $11. Its website said all its products are paleo-friendly, as well as grain- and gluten-free; its cookie doughs are also vegan.

Cappello’s products also are sold across the country at retailers, including Natural Grocers, Whole Foods, King Soopers and Lucky’s Market.

Ben Frohlichstein and Stacey Marcellus founded Cappello’s in 2011 after they spent time working on organic farms, according to the company’s website.

Ten investors participated in the funding round, the first reported by Cappello’s. The company did not respond to a request for comment.

Cappello’s offers a new line of almond flour frozen pizzas in addition to different kinds of pasta and dough. (Screenshot)