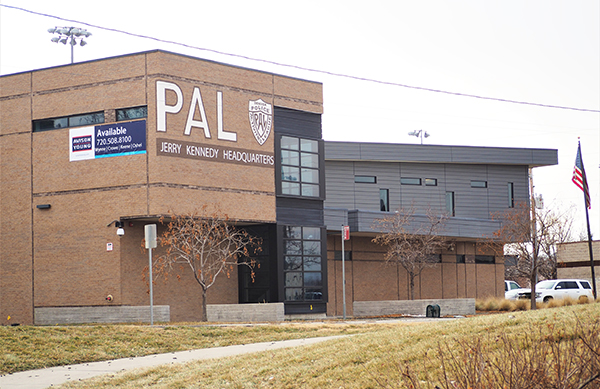 The city of Denver wants to purchase a nonprofit’s building in the Valverde neighborhood.

The City Council is being asked to approve spending $3 million in federal funds to buy the two-story structure at 1240 W. Bayaud Ave. from the Denver Police Activities League, which constructed it in 2010 as its headquarters.

The nonprofit — which historically has primarily organized sports leagues for inner-city youth, but recently shifted its focus — put the building on the market in 2018. It was originally listed for $4.25 million, and also offered for lease. The structure is 9,610 square feet.

The mission of operations within the building wouldn’t drastically change. In a Tuesday presentation to a council committee, city staff members said the plan is to establish a youth center as part of a broader effort to reduce youth violence in Denver.

The purchase would be made with Community Development Block Grant funds issued by the U.S. Department of Housing and Urban Development.

The committee unanimously voted to send the measure to the full council for a final vote. The deal could close by the end of October.

“This youth center is much needed and long overdue,” said Councilman Jolon Clark.

Clark said this was “one of the most violent summers in southwest Denver.” Among the incidents was the August shooting of nine people during a Sunday afternoon family gathering in Valverde.

Jake Schroeder, PAL’s executive director since 2014, told BusinessDen Tuesday that he was excited about the deal, noting the building is adjacent to Valverde Park.

“It’s so perfect for the city to be on the park like that,” he said. “It should be a city building.”

There are locally run police activities leagues across the country. They aim to build relationships between children who could use a mentor and law enforcement. The Denver PAL was founded in 1969 following a donation from Bill Daniels, who went on to become a pioneer in the cable television industry and died a billionaire in 2000.

In Daniels’ will, he left money for PAL, specifying the organization was to build itself a home. PAL spent $3.2 million to acquire the land and construct the facility. Eight years later, the nonprofit concluded it wasn’t fully utilizing the structure.

Schroeder said PAL no longer runs youth sports leagues, and not because of the coronavirus pandemic.

Insurance changes, he said, made it too expensive to run a football program. The nonprofit merged its baseball league with one already run by the city. Then, in 2019, the Denver Police Department ended an arrangement it had maintained for years of assigning two officers to work for PAL full-time, he said. That reduced the organization’s headcount to two.

The police department didn’t respond to a request for comment.

Schroeder said PAL is now focused, when travel restrictions ease, on organizing trips to Normandy, France — the site of the D-Day landing during World War II.

The trips are intended for underserved kids, but also other student and corporate groups, whose fees will help subsidize the underserved trips. PAL had already done some of these trips, but opted to make them a focus when sports leagues were no longer feasible. Other activities, like a fishing program, could also return.

With no police officers on staff, PAL’s board considered changing its name, but opted not to, in part because it still hopes to bring cops on the trips, Schroeder said.

The Denver Police Activities League, which built its headquarters in 2010, no longer runs youth sports leagues and has no police officers on staff.