A former Catholic school campus in Uptown continues to sit empty, three years after a rendering was released showing the property transformed into a hotel.

But the New York-based developer that now owns the property is still pursuing the project.

Last week, Tracy Huggins, executive director of the Denver Urban Renewal Authority — which works to spur redevelopment in areas in need of revitalization — briefed a City Council committee on a proposal that would help finance the project in the 1800 block of Logan and Grant streets.

The developer, GFI Development Co., has proposed renovating three nearly century-old structures at the site, and building an 11-story building on an existing parking lot.

DURA is asking the council to sign off on $14.25 million in tax increment financing, meaning the developer would be reimbursed up to that amount when the project generates sales tax revenue and increased property tax revenue. 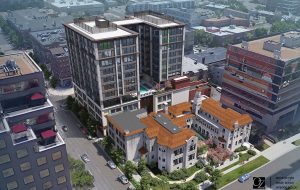 A rendering of the proposed Ace Hotel on the corner of 19th Avenue and Logan Street. (Oz Architecture)

Huggins said the proposed contract mandates that the project break ground by the end of 2021. GFI still needs to nail down other aspects of financing.

“The capital stack is not completely assembled at this point,” Huggins told committee members. “Yes, they absolutely intend to continue to advance the project.”

GFI did not respond to a request for comment from BusinessDen. The company purchased the property in late 2016 for $6.86 million, records show.

The property has three structures on it. The Cathedral High School building and the adjacent Sisters of Charity convent, which both face Grant Street, were constructed in 1921. A gymnasium building that faces Logan Street south of the parking lot dates to 1928.

Jeff Bader, redevelopment specialist with DURA, said the buildings have been vacant since 2014.

“The property is in really rough shape,” he said.

Bader said the new structure that GFI wants to build at the corner of Logan Street and 19th Avenue would have 170 hotel rooms and 35,000 square feet of office space, as well as ground-floor retail and underground parking.

The development plans submitted to the city years ago indicated the project would be an Ace hotel. The upscale brand has 10 locations, according to its website.

The total project is expected to cost $143 million, Huggins said.

About a decade ago, before the property was sold to GFI, a different developer was under contract to purchase the property from the Archdiocese of Denver, Bader said. That developer wanted to demolish the existing structures, but pulled out of the deal when preservation and neighborhood groups objected.

“If this project was just the development of a tower above a surface parking lot, we most likely would not be participating and assisting them,” Bader said. “We are really here due to the historic nature of these iconic buildings and the community’s desire and voice for seeing them adaptively reused.”

The proposed DURA assistance would be structured as an annual reimbursement to GFI as property and sales tax is generated. Only costs associated with the adaptive-reuse component of the project would be eligible for reimbursement.

Councilman Chris Hinds, who represents the area, said he used to work in the building immediately south of the convent.

The committee unanimously forwarded the proposal to the full council. A vote could be held Oct. 20. 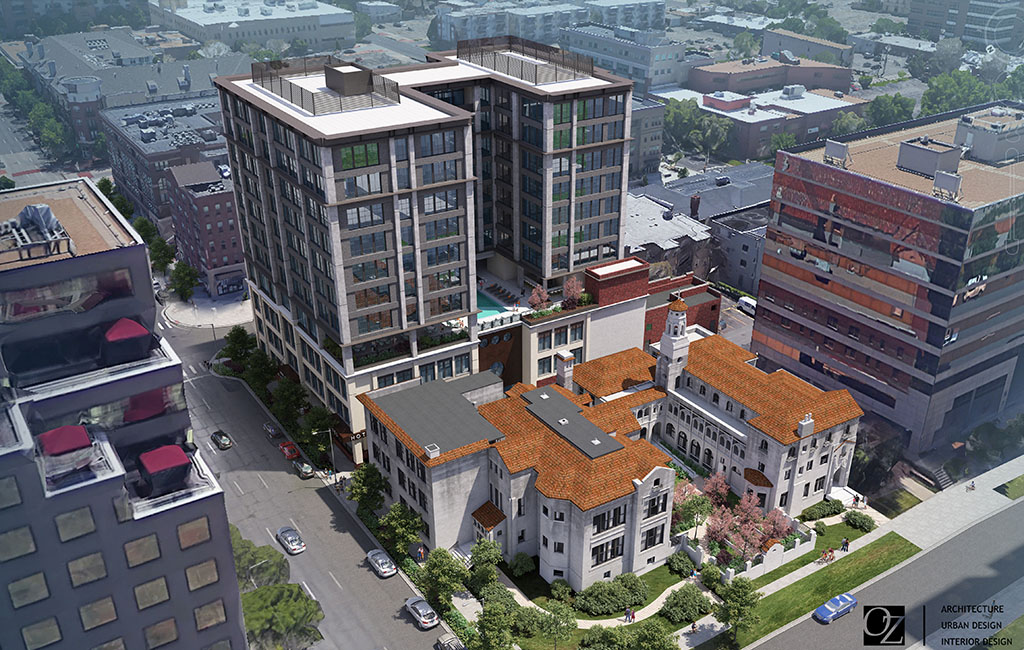