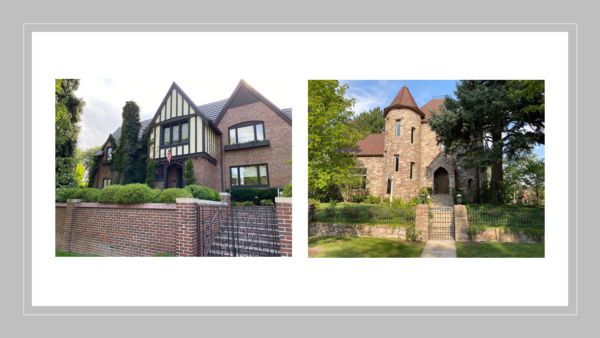 The inventory of homes in Denver hit an all-time low last month, forcing homebuyers to fight amongst themselves.

At the end of August, there were 5,496 active listings, which is 41 percent less than a year prior, according to the Denver Metro Association of Realtors. In particular, single-family homes were scarce, and the average home price reached a new record high of $606,330.

“It’s unfortunate for buyers. But wow, sellers are doing well and gaining equity every month,” said Jill Schafer, chair of the market trends committee at DMAR and broker for Kentwood Real Estate. “People are fighting over homes if it’s priced right and in good condition.”

Buyers closed on an all-time high number of homes in July. Home sales dropped by nearly 19 percent in August, to 5,959 sales. But that was still the most sales of any August on record.

“We’re selling out like crazy. I also think people are hesitant to move, possibly because of the pandemic, but more so because when looking for a place to move, they don’t see anything out there because inventory is so low,” Schafer said. “I call it the vicious circle.”

“It just shows real estate is a fabulous investment, but it increases our housing dilemma of people not being able to get in and get a house,” Schafer said. “And rent rates are still high.”

The Denver market is a seller’s market across the board with the exception of luxury condos priced over $1 million, where the market is equal for both buyers and sellers. There are 5.3 months’ worth of inventory in the luxury condo market, the highest of any market segment that DMAR tracks. But Schafer said buyers are shifting toward attached homes as detached inventory continues to drop.

Despite the tight inventory, pending contracts were up nearly 8 percent month over month and nearly 33 percent year over year.

“Since pendings are up, I expect we’ll see closings up next month, but I’m not expecting to see an influx in active listings,” Schafer said. “Inventory could tighten even more and push prices up even more. It’s tough for buyers. They’ll have to be patient, keep trying and might even have to make some sacrifices. But I think it will be worth it for them in the long run.”

Insanity – the pattern of repeating the same practice over & over & expecting a different result.
At the end of August, there were 5,496 active listings, which is 41 percent less than a year prior, according to the Denver Metro Association of Realtors. In particular, single-family homes were scarce, and the
average home price reached a new record high of $606,330.
And who’s REALLY in that home price avg. affordability, without borrowing your life away. The 1%, citizens who accumulate $515,000K a yr. Than there’s the 1/2 of those 1% who amass $64M annually. Those 14 citizens need not worry a slight about borrowing or mortgaging. They play Monopoly, the rest play Life …..

If it really true that people are fleeing San Francisco and NYC, then expect prices to continue to increase.
Prices in my neighborhood (Berkeley) are up 75% in the last 9 years. DoM for $900K new builds are less than a month.