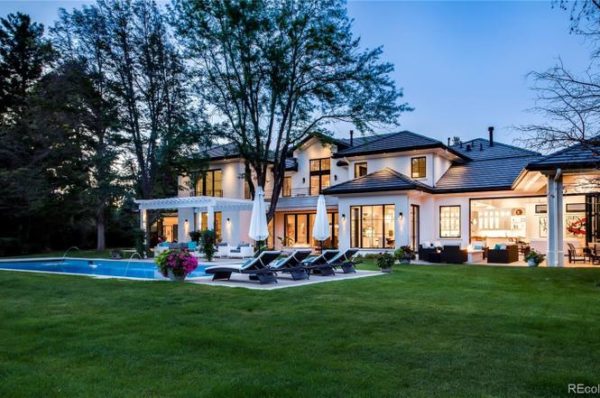 This Polo Club mansion is on the market for $9.35 million. (Photos courtesy Kentwood Real Estate)

A 10,177-square-foot mansion in Denver’s exclusive Polo Club community has hit the market with a price tag of $9.35 million.

The newly rebuilt and renovated home with five beds and seven baths at 1 Polo Club Lane went up for sale Aug. 15.

Owners Sissel and Roland Eckenhausen purchased the property in 2016 for $3.75 million, according to public records. Sissel is a Realtor for Coldwell Banker and was previously CEO of Premier Concepts, a now-dissolved jewelry company based in Aurora, according to a 2000 Denver Post article.

“The original home, which was built in 1979, was in need of renovation, so we saw this as an opportunity to create our own vision,” Sissel told BusinessDen. “… Our favorite feature of the house, where family and friends mostly gather, is the large kitchen and great room, which opens up to the outdoor kitchen and cozy fire pit area.” 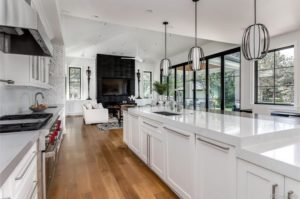 The last single-family home to sell for at least $9 million locally was in Cherry Hills Village in October, according to past BusinessDen reporting. The two penthouses atop the Four Seasons building in downtown Denver have also sold since the start of 2019, in both cases for more than $10 million.

Stats: Sitting on 1.27 acres, this two-story mansion features 8,042 square feet of space above ground, plus a 1,623-square-foot finished basement. 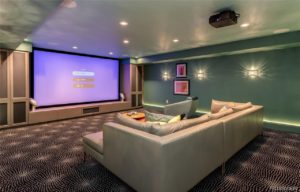 The finer things: The Beverly Hills-style home features floor-to-ceiling windows and retractable doors in the great room and a “wellness room” built for yoga, a dance studio or a home gym, according to the listing. An elevator connects the main and second floor to the basement, which is complete with a home theater, rec room and handicap accessible guest bed and bath.

Outside, there are six patios, a 50-inch pool with a hot tub, two fire pits and a large private yard.

Seller: Roland and Sissel Eckenhausen, who paid $3.75 million in 2016, according to property records. 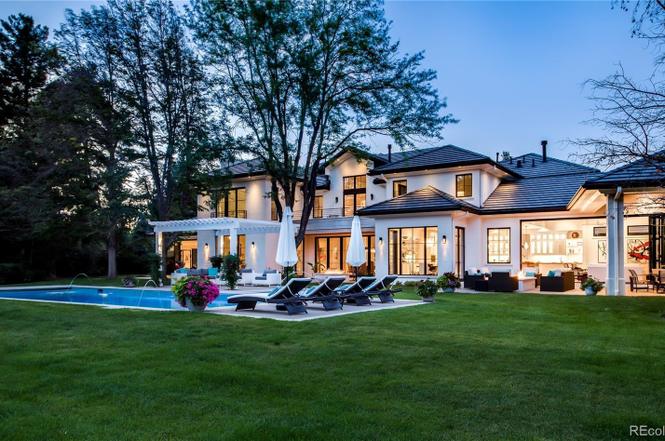 This Polo Club mansion is on the market for $9.35 million. (Photos courtesy Kentwood Real Estate)

If owners get the asking price, it would be the most expensive home sold in Denver since an October sale in Cherry Hills Village.