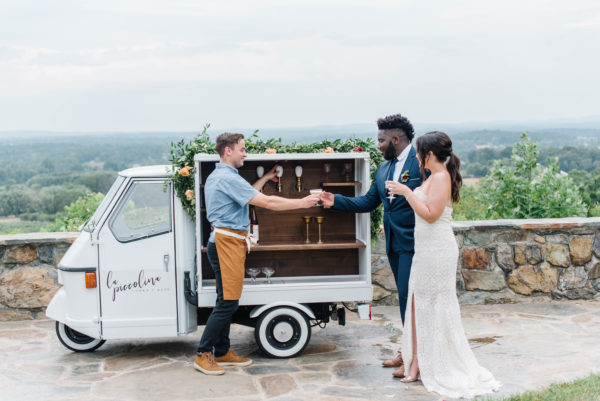 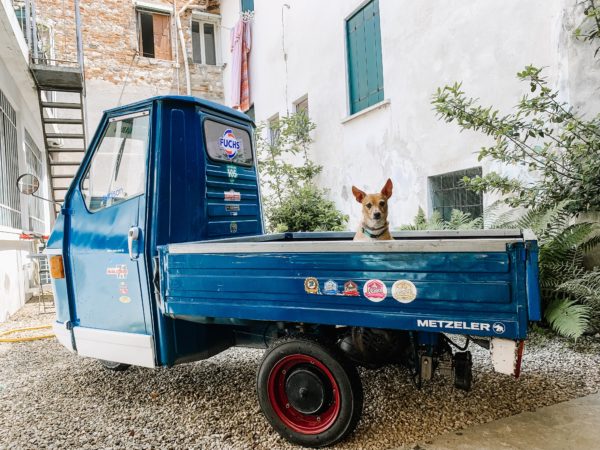 After living in Italy for two years, husband and wife Ryan and Nicole Silver couldn’t leave without a little souvenir.

So they purchased and shipped a vintage 1994 Piaggio Ape, a small Italian three-wheeled commercial vehicle, to the United States. After a $30,000 renovation, they’ve transformed it into a mobile bar for Colorado weddings and other events.

“Anywhere throughout Italy you’ll see these little Piaggio Apes driving through the hills or speeding around corners with a large man and a dog stuffed in the two-seater,” Nicole Silver said. “…We had the vision when we saw them that it would be an amazing addition to someone’s wedding or even elopement.” 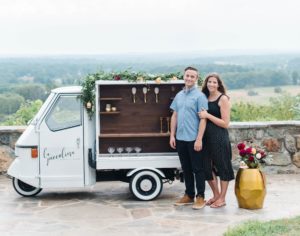 The mobile bar, which they’ve called La Piccolina or “little one” in Italian, comes with three keg taps from which to serve wine, beer or cocktails. It’s available to book online for 2021 events throughout the state.

Rental prices range from $500 to $1,200. Smaller groups, like bridal or baby showers, with 50 people or less can pay $500 to rent the bar for three hours. Those who pay $1,200 will get four hours with Nicole and Ryan as their bartenders, as well as recyclable cups and a cornhole set.

“We will trailer La Piccolina anywhere in the Rocky Mountains for a special event, and even though it’s old, the original engine still works, so we can drive it from the cocktail hour to the reception,” Nicole said.

Ryan, who is about to finish his service as a Black Hawk helicopter pilot for the military, met and married Nicole, who is a Castle Rock native, in Colorado prior to being stationed in Italy for nearly two years. Before traveling abroad, Nicole worked as a wedding planner for seven years with Denver companies like Revel and Bloom.

The couple moved to Washington, D.C. last year after their time in Italy and are getting ready to move back to Denver in November to settle down and focus on their new business and careers. In addition to La Piccolina, Nicole has plans to start her own wedding planner business and Ryan is looking into project management with a defense contractor.

“I’m so excited to show Ryan what the wedding industry entails and be able to hang out together on the weekends,” Nicole said. “There’s no other person I’d rather go into business with.”

Ryan added, “We both work conventional 9 to 5 jobs and I want to be able to grow this enough so Nicole wouldn’t have to do that because this is truly her passion.”

The Silvers started the $30,000 buildout of the bar and detailed renovations on the truck in February, prior to the pandemic. Despite the large impact it had on the wedding industry, the duo is confident that weddings will continue— whatever that may look like.

“Weddings will make a comeback and people will continue to get married and celebrate their love together, whether that’s a wedding with 200 or 30 guests,” Nicole said.

Ryan and Nicole Silver spent $30,000 fixing up their 1994 Piaggio Ape — which they call La Piccolina or “little one” in Italian — to be able to serve wine, beer or cocktails.

This is fantastic! Where can we reserve a date for an outdoor corporate event?