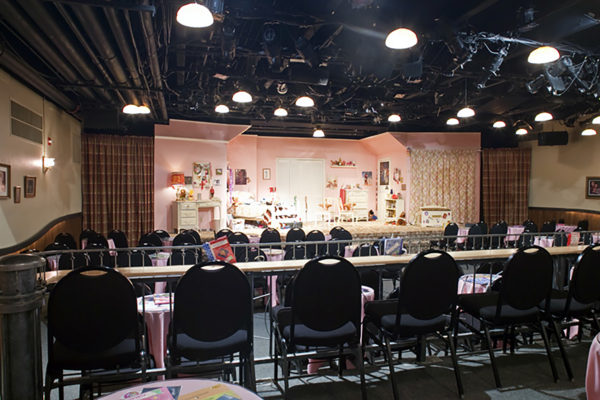 Garner Galleria Theatre in the Denver Center for the Performing Arts is owned by the city. (Courtesy DCPA)

The City of Denver is doubling down on a rent relief program for its tenants.

Monday’s City Council agenda included a measure deferring rent for entities that rent space in city buildings for an additional three months, stacking on top of the three months council already approved in early May.

In exchange for a total of six months of no rent, the tenants must extend their leases by six months, according to the proposal. If all tenants take advantage of the six months of rent relief, approximately $276,900 of total rent will be deferred.

The tenants that rent space from the city are:

“The viability of tenants’ businesses depends upon building occupancy; as such, we recognize that it is not necessarily feasible to pay rent during this time,” city staff wrote in documents justifying the measure. “The Denver Center for the Performing Arts has cancelled its entire 2020-2021 performance season, and the Colorado Convention Center has very limited convention activity at this time.”

City staff said it’s undecided whether they could seek to extend deferment beyond six months.

“We are approaching this in 3 month increments until there is greater certainty as to the timing of return to normal business operations,” the documents state.

BusinessDen reported in May that the city also was searching for its own rent relief, reaching out to its landlords about the potential for savings.

Garner Galleria Theatre in the Denver Center for the Performing Arts is owned by the city. (Courtesy DCPA)

In exchange for a total of six months of no rent, the tenants must extend their leases by six months, according to the proposal.