After a $1.7 million makeover, the base of Highland Bridge is now a new and improved community space known as Platte Street Plaza.

Seattle-based Unico Properties, which funded most of the project, announced Wednesday that it has completed the improvements for the area at the base of the bridge along Platte Street, between two buildings the company partially owns. The company originally broke ground in August 2019.

The plaza features new landscaping, benches for seating, overhead lighting and free Wi-Fi. It also has access to electrical power for community events such as farmers’ markets, which it plans to host eventually.

Two large murals by Denver natives and artists Jaime Molina and Pedro Barrios encompass the transformation of the area’s gold-mining origins to the fancy neighborhood it is today. They can be seen from Platte Street and I-25. 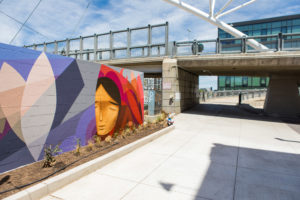 “We thought there was something missing on this concrete plaza,” Austin Kane, Unico vice president and regional director, told BusinessDen last year. “We decided that we had an opportunity to create a space in Denver for people to not only pass through, but stop and work or socialize.”

While the two buildings the Plaza sits between — 1553 Platte St. and 1601 Platte St. — were part of a portfolio sale by Unico in 2018, the company said it maintained an ownership stake following the sale and it still manages the properties.

Unico worked with the city on the plaza improvements because the property is a public right-of-way, meaning an area owned by the city for transportation and utility uses. Previously, the site had no seating, minimal exterior lighting and little greenery.

Dig Studio designed the community space and Swinerton Construction built it. It received a grant through the Urban Forest Initiative’s Build the Canopy Grant Program for the new trees. 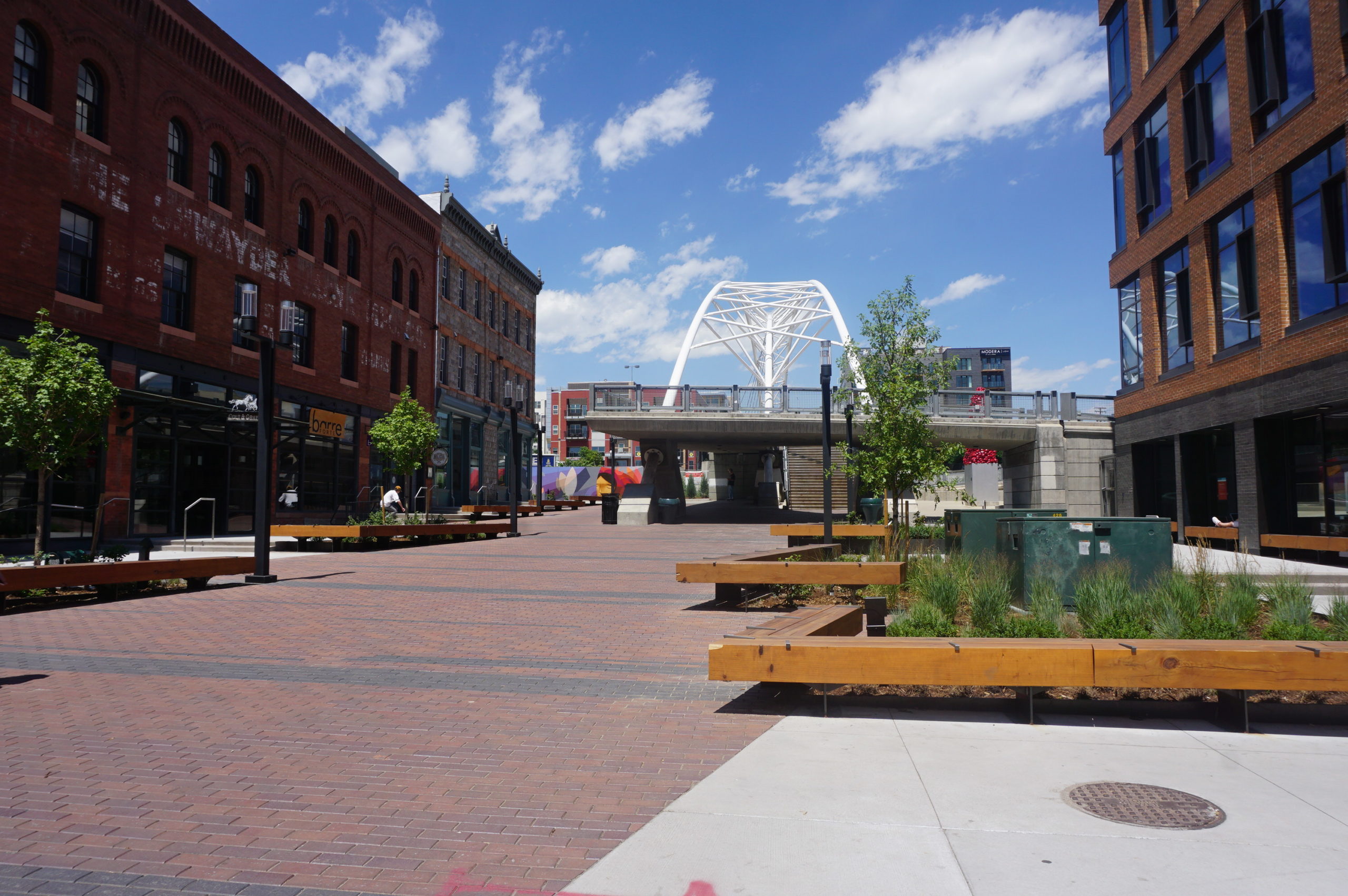 After a $1.7 million makeover, the base of Highland Bridge is now a new and improved community space known as Platte Street Plaza.