DispatchHealth, which has had a growing number of patients since the pandemic began, has raised an additional $136 million.

“This is the largest capital raise for DispatchHealth to date,” Prather said. “We received a little bit more than we anticipated.” 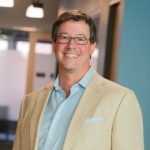 The Series C round was led by Optum Ventures and included participation from existing investors Alta Partners, Questa Capital, Echo Health Ventures and new investors Oak HC/FT and Humana Inc., as well as others.

“The funds will be predominantly used for growth across new markets, additional service lines across existing markets and additional talent,” Prather said. “It’s been very nice as a CEO during this difficult time to not be letting people go but actually hiring.”

DispatchHealth, founded in 2013, has raised $212 million to date, Prather said.

“We have certainly raised enough and are getting to a point where we don’t really need extra money,” Prather said. “I don’t know that we’ll need any more anytime soon.”

DispatchHealth operates in 18 cities, including Denver, Colorado Springs, Phoenix, Atlanta, Las Vegas, Dallas, Seattle and Portland, Oregon. Prather said they will continue to build out those areas and hope to expand to the Midwest in the near future.

The healthcare company has 749 employees across its markets, with 259 in Colorado. DispatchHealth plans to move into its new 27,000-square-foot headquarters in Industry RiNo Station in August.

Patients can request DispatchHealth medical care via phone, mobile app or website, and a medical team arrives within two hours. The nurses and practitioners can provide a variety of care found in emergency rooms, including IV fluids, oral medications and laceration repairs.

DispatchHealth collaborates with large health systems, provider groups and major insurers, including the majority of commercial, Medicare Advantage and Managed Medicaid plans, as well as traditional Medicare and Medicaid, in an effort to provide lower-cost medical care.

The company expects to see close to 200,000 patients nationwide this year, and Prather said patient volume was 20 percent greater than expected at the end of the most recent quarter. The pandemic has made the company’s model more relevant, he said.

“The pandemic validated our model in many ways because we typically focus on a high-medical and high-social-needs population, and that’s the exact population that’s most vulnerable to COVID. We are at an advantage where we can service that population in a safer environment, as opposed to having the risk of exposure.”