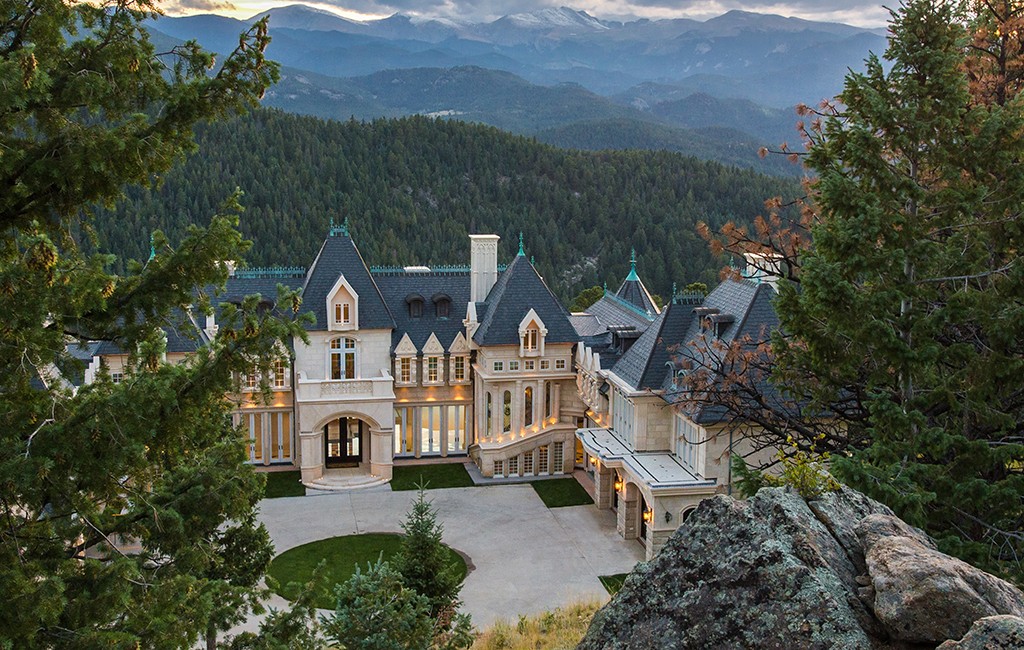 A limestone castle in Evergreen awaits its next royal residents.

The 21,692-square-foot mansion sits on 35 acres at 600 Chateau V Road and is on the market for $12.5 million, which would be one of the most expensive homes to sell in Evergreen.

Built by Boulder’s BVZ Architects and inspired by the Biltmore Mansion in Asheville, N.C., the chateau was completed in 2016 after nine years of construction. Randall and Cynthia Veselka own it, according to property records.

The Veselkas are Texas natives who run the financial services company DTI Credit, according to the company’s website.

Known as Chateau V, the property has four stories of castle elements, such as 126 custom-made chandeliers, 25-foot ceilings in the great room, four fireplaces, wrought iron accents and a two-story library.

Stats: The six-bed, eight-bath home has 17,273 square feet of finished space above ground plus a 4,419-square-foot unfinished basement for customization. 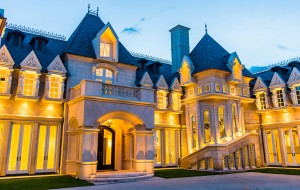 The limestone exterior of the U-shaped mansion is adorned with carved columns, stained glass, and statues on the top floor.

The finer things: The most appealing feature is the view to the west of Mount Evans, which is visible from nearly every room. Chateau V has two sprawling wings that connect to the central tower. The castle floor plan features four fireplaces, marble flooring, a wine cellar, twin two-car garages, and a guest apartment upstairs.

Sellers: Randall and Cynthia Veselka purchased the land for $1.05 million in 2004, according to property records.

A castle without a dungeon? Piffle.