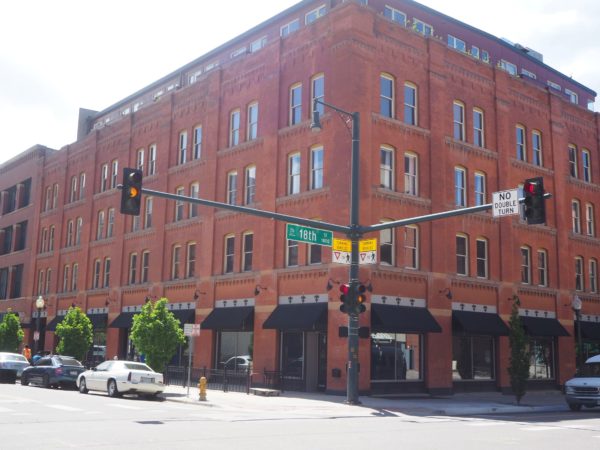 Morton’s The Steakhouse was located at the corner of Wazee and 18th streets. (Thomas Gounley)

Morton’s The Steakhouse’s days in Denver are over.

On Thursday, workers were hauling furniture from the restaurant at 1745 Wazee St. into a waiting truck. The Morton’s name had been removed from the building’s exterior.

“Due to COVID-19 and the city’s elimination of dine-in services, we have decided to enforce our lease provisions and terminate our lease,” Morton’s Chief Operating Officer Tim Whitlock said in a statement. “We are grateful for the support of our community throughout the years and encourage our loyal patrons to visit us at our sister properties.”

The restaurant, like many, had been “temporarily closed” for weeks as a result of the coronavirus and government restrictions on dine-in service.

Morton’s opened at its current location in early 2017, but prior to that had operated elsewhere downtown. At one point, the chain also had a location in the Denver Tech Center, but that closed in 2012.

Denver isn’t the only location to land on the chopping block as states start to reopen. Morton’s also won’t be reopening in Indianapolis, Rochester and Richmond, Virginia, according to media reports. Morton’s listed about 65 locations on its website as of Thursday.

Morton’s, which got its start in Chicago in 1978, is a subsidiary of Texas-based Landry’s Inc. The company’s other restaurant brands with a local presence include Bubba Gump Shrimp Co., Simms Steakhouse and Landry’s Seafood.

Morton’s The Steakhouse was located at the corner of Wazee and 18th streets. (Thomas Gounley)