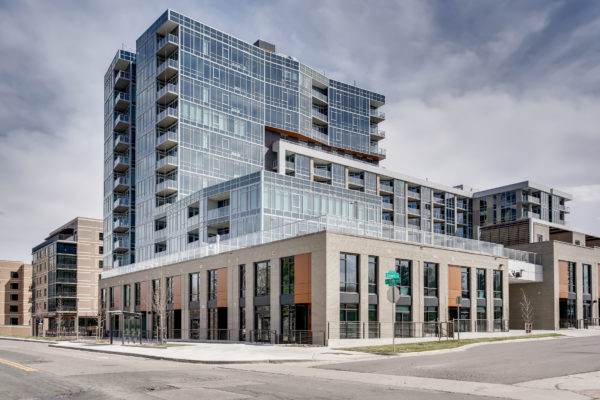 A condo at the Lakehouse Residences sold in April for over $3 million. (Courtesy Nava Lakehouse)

After a full month of stay-at-home order restrictions, Denver’s residential real estate market is feeling the impact of the coronavirus pandemic.

Total home sales volume in April was $1.8 billion, down 25 percent from March and 30 percent from April 2019, according to the Denver Metro Association of Realtors’ monthly market trend report released Tuesday.

In March, an unprecedented number of local home sellers pulled their listings off the market, and they haven’t returned. In April, 4,679 new listings came on the market, down 30 percent from March and 37.8 percent year-over-year, according to the report.

A drop in numbers was expected, said Jill Schafer, chair of the market trends committee at DMAR and broker for Kentwood Real Estate. But she was pleasantly surprised by the number of transactions given the limitations and had anticipated numbers to be down closer to 50 percent.

“I was impressed that agents were able to figure out a way to complete nearly 8,000 activities when we’re shut down,” Schafer said. “I was also surprised how quick properties were selling, despite all of our challenges.”

With such a tight inventory of homes, it still largely remains a seller’s market, Schafer said, and homebuyers realized this wasn’t a time for low-ball offers. Home sellers received an average of 99 percent of their list price and sold their homes in an average of 20 days, compared to 30 days in March and 29 in April 2019.

As the market adapted to virtual and FaceTime home showings, viewings became more frequent throughout the month. And when Colorado switched its stay-at-home order to a safer-at-home plan on April 27, which allowed for in-person showings with social distancing measures in place, approximately 3,500 showings were scheduled and continue to increase every day, according to the DMAR report.

“Buyers have had to do a lot more research in advance, so they can determine whether the house is a good fit before seeing it, which is why I think it’s going quicker, and we’re seeing fewer showings needed to select their homes,” Schafer said. “Buyers that are out there are very serious; they’re not messing around– they’re going in for the buy.” 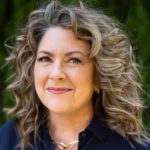 Compass real estate agent Kim Kouba said the number of showings on a given listing before a contract is accepted has gone down dramatically. She strives to make sure buyers see every aspect of a house online before having to visit it in person.

“We’re posting the warts and all — the garage, the basement corners,” Kouba said. “For the house I put on the market on Friday, I took 45 still shots, a 3D Matterport tour, a floor plan and some aerial shots, so people could really understand the position of the house.”

And a day later, the house went under contract, she said.

The luxury market, which includes homes priced at $1 million or more, was hit the hardest this month and flipped into a buyers’ market, Schafer said.

“We have lost a lot of sources for jumbo loans, as those were what lenders started to drop and tighten up right away, which is a huge impact,” Schafer said. “And as the economy has gotten a little bit insecure, people are realizing they don’t need to spend as much, and so perhaps, they’re not looking at these higher-end properties as much. ”

Despite a slow month, Schafer expects the real estate market will slowly begin a recovery in May and throughout the summer. As restrictions loosen up, she hopes buyers and sellers will return to their normal routines.

“The best-case scenario is a lot of those sellers who have been hesitant or withdrawn their listings will put them on the market in May and buyers will gobble them up,” she said.

A condo at the Lakehouse Residences sold in April for over $3 million. (Courtesy Nava Lakehouse)

When it comes to million-dollar homes, it’s now a buyer’s market.