Last month, Denver realtor Drew Morris heard from one of his clients, a nurse.

She’d been looking to buy. But she was afraid of getting sick, and thought she might need to use her down payment funds to sustain herself. She paused the search.

“That was pretty sobering to hear,” the Your Castle agent said. “What she’s seeing in the hospitals was scaring her out of the market just for her own safety.”

Denver’s residential real estate market started strong in March, then ended with uncertainty. The Denver Metro Association of Realtors last week released its monthly market trend report, which revealed an “unprecedented” number of local home sellers — 761, to be exact — pulled their listings off the market during the month.

Nevertheless, it remains a seller’s market, according to Jill Schafer, chair of the market trends committee at DMAR and broker for Kentwood Real Estate.

Schafer told BusinessDen that people often pull their homes off the market toward the end of the year around the holidays. In November, 581 homeowners withdrew their listings, and 533 did so in December. But the number dropped to 284 in January.

“We rarely see this kind of activity for withdrawals in March,” Schafer said. “That’s when people are putting them on, not taking it off.”

The driving force for the withdrawals? Precaution.

“I think some sellers didn’t want strangers going through their house,” Schafer said. “I also think some may have uncertainty in their jobs, so they may not be able to afford to buy on the other end. And with showings down, they’d rather wait until everything is cleared up and try it then.”

Despite the jump in withdrawals, 6,663 new listings still came onto the market in the region. That was a 30.2 percent increase from February. But Schafer said it would take a much larger surge of new listings to shift Denver from a seller’s to a buyer’s market.

“We’re going to lose some buyers to unemployment, but there are still a hefty chunk of people in our area that have secure jobs who will still be wanting to buy and sell as they have been for a long time,” she said.

The coronavirus largely affected the local housing market in the second half of March, Schafer said. And it didn’t mean records weren’t possible. The average close price for residential detached and attached homes reached more than $500,000 for the first time in March, ending at $513,526, up 7.3 percent from the same month the year before.

“To me, the most interesting data point was how strong our numbers were in spite of the drop off in the second half of the month,” Schafer said. “It just shows us that we were off to an amazing spring market, and even if that demand dims by half, I think we’re still going to be doing well.”

In the face of coronavirus restrictions, real estate agents have had to make some adjustments. The number of showings in March peaked between the fourth and 10th of the month. They fell 50.4 percent by the last week of the month, when stay-at-home orders were issued, according to the monthly report.

That said, it took 30.7 percent fewer showings to produce a contract in the last week of March than it did the prior week, according to the association.

Open houses have transformed into virtual showings and FaceTime walkthroughs, so buyers don’t have to visit the house unless they think it’s the one. Even then, gloves, masks and booties are required, and realtors turn on all the lights and open doors beforehand to prevent excessive touching. Buyers can seek out safer closing alternatives, such as drive-by or desktop appraisals, remote notarization and curbside closings. 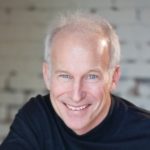 David Bovard, founder of Greenwood Village’s Realty Group, said many agencies already have shifted toward technology-driven walkthroughs, so the transition has not been difficult for some.

“For a relocation client, honest to goodness, I did a FaceTime walkthrough in four or five different homes, and they bought the last one, went under contract and saw the house for the first time during inspection,” Bovard said. “Fortunately, they loved it, so FaceTime was the 1,500-mile open house for one family, and it worked.”

Bovard also has seen a growing consensus between sellers and buyers to avoid inspections and opt for seller concessions.

“There are mutual concerns of contamination in the selling process on behalf of both the buyer and the seller,” Bovard said. “It’s like stepping on eggshells every place you go.”

The Greenwood Village realtor has seen buyers step back in face of pandemic fears, but he believes they will return.

“The more people that are going to opt out and stand on the sidelines to study the market will become part of the pent-up demand we typically see come out in April or March,” Bovard said. “So, I think we will see a strong market in the fall. I do think that I’ve talked to more optimists than pessimists in general, but the dynamic is going to change depending on how long this lasts.”

Schafer said she’s one of those optimists. Unlike the Great Recession, she believes real estate will be the first industry to really lead the way out.

“We went into the last recession with people with loans with no money down and no equity,” Schafer said. “Basically, if you had a heartbeat, they gave you a mortgage. But we’ve learned lessons from that, and this time around, the people who have mortgages are much more qualified. They’ve had years of increasing values, and so they’ve built up a lot of equity. And even if their jobs are hurt, they can probably tap into that equity to get them through this short time period, which I’m hoping is short anyway.”

While March was atypical, and April numbers likely will be even more revealing, Schafer still doesn’t see the market coming to a complete halt.

“People are still wanting to transact real estate, and they probably always will,” she said. “I think all of this that’s happening still doesn’t take away our 300-plus days of sunshine. It doesn’t take away our great proximity to the mountains and access to outdoor activities, so Denver is still a great place to live.”

“I think some sellers didn't want strangers going through their house,” a DMAR official said. “I also think some may have uncertainty in their jobs.”

We won’t see a break out in Autumn, as was the case w the Spanish Flu Pandemic of 1918, it boomeranged & took the majority of souls in October of that year. And made a third outbreak in early January & February of 1919. There’s also one HUGE difference between this recession & 2008. We didn’t have a Global Pandemic to deal with, & we won’t have a cure for COVID -19 until 16 mos. from now.