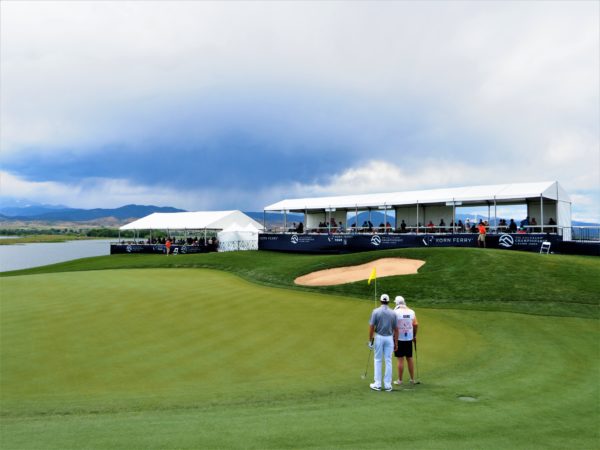 The golf clap will have to wait.

Organizers of the TPC Colorado Championship at Heron Lakes, a pro golf tournament in Berthoud, have decided that this year’s version will be held without fans.

“It’s tough for us not to have the fans out here because the energy they provide to our tournament is unbelievable,” said Drew Blass, the tournament’s director. “But we know that we’re here for many more years to come, and we want to do it when it’s safe for everyone to join us.”

The golf tournament debuted in Colorado last year, marking the return of annual professional golf to the state, which had been lacking here since The International at Castle Pines Golf Club was canceled in 2006 after two decades.

The Berthoud event, which originally was slated for the week of July 6-12, also has been rescheduled for the prior week, June 29 through July 5.

The championship is part of the Korn Ferry Tour, the developmental tour that feeds the PGA Tour, and Blass said a bye week was removed from the schedule in order to avoid any risk of outside infection from player travel. He said players will be tested for the coronavirus on a weekly basis as they travel state to state.

“It makes sense that they can travel from Utah to us and stay in that bubble,” Blass said.

“We’re excited about being able to provide some economic impact to these hotels and at least bring in some players that have been tested.”

The first four events of the tour, including the championship event, will all be players-only to ensure the safety of the players and the communities. It is still undetermined whether fans will be able to attend the fifth tournament in San Antonio, Blass said.

The TPC Colorado Championship will bring together 156 professional golfers to compete for the $60,000 purse on the 780-yard course, which was designed by Arthur Schaupeter Golf Course Architects. It was recently awarded third in “Best New Private Courses” by Golf Digest.

“This year will be quicker play, calmer, quieter, but then we will have a 2020 champion, and we can say Colorado had professional golf this year, despite everything going on,” Blass said.

“This year will be quicker play, calmer, quieter, but then we will have a 2020 champion, and we can say Colorado had professional golf this year, despite everything going on,” the tournament’s director said.