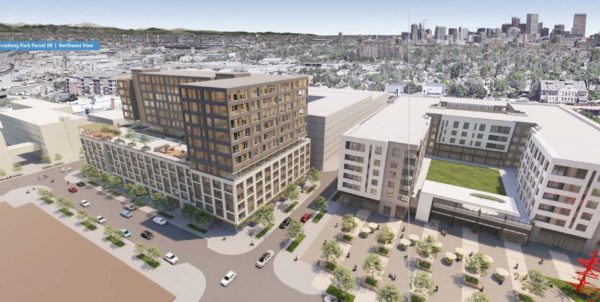 A six-story apartment complex planned as a development site along Alameda Avenue has sold.

AMLI Residential, a Chicago-based multifamily developer, paid $15.24 million on Monday for the southwest corner of Alameda and Bannock Street, according to public records.

Newmark Knight Frank, whose brokers Chris Cowan and Mackenzie Walker represented the seller, said in a statement that the site is 2.68 acres. That makes the deal worth about $131 a square foot.

Isabelle Lockwood, a senior development associate with AMLI, said the company plans to build a six-story, 370-unit apartment complex on the site. The company hopes to break ground this summer.

The site that sold is within Broadway Park, formerly known as the Denver Design District. The 75-acre area is entitled for up to 10 million square feet of future development.

Just west of the site that sold, Price Development Group is building an approximately 350-unit apartment complex on a 2.5-acre parcel where a Kmart once stood.