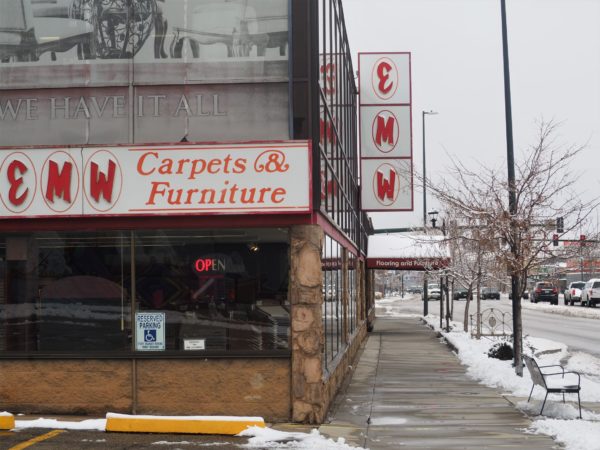 EMW Carpets and Furniture has a buyer interested in something more than its sectionals.

The furniture store, which has operated at 2141 S. Broadway in Denver since 1923, would be replaced by an apartment complex if an early-stage development proposal submitted by Trammell Crow Residential comes to fruition.

The concept plan submitted to the city last week shows the Dallas-based developer wants to build a five-story, 380-unit project that would span the entire block formed by Broadway and Acoma Street, as well as Warren and Evans avenues.

The project would have about 5,000 square feet of retail space, and a 540-space parking garage in the middle. Dallas-based architecture firm JHP drew up the plans. A local TCR executive declined to comment.

EMW Carpets and Furniture, which has been family-owned for 97 years, isn’t being caught blindsided. Property records show that EMW co-owner JC Helmstaedter owns the entire block, which in addition to the furniture store includes other commercial tenants and homes facing Acoma Street.

Developers regularly submit plans for sites they do not currently own but are under contract to buy.

Reached Friday, Helmstaedter declined to comment. The business was started by his grandparents and takes its name from his grandmother’s initials, according to a 2018 Washington Park Profile story.

That much parking is offensive. We need maximums in this city.

End of (many) eras. South Broadway will never be the same.

Yes Shanna, cities change! This would be an improvement in my opinion. We need housing still.