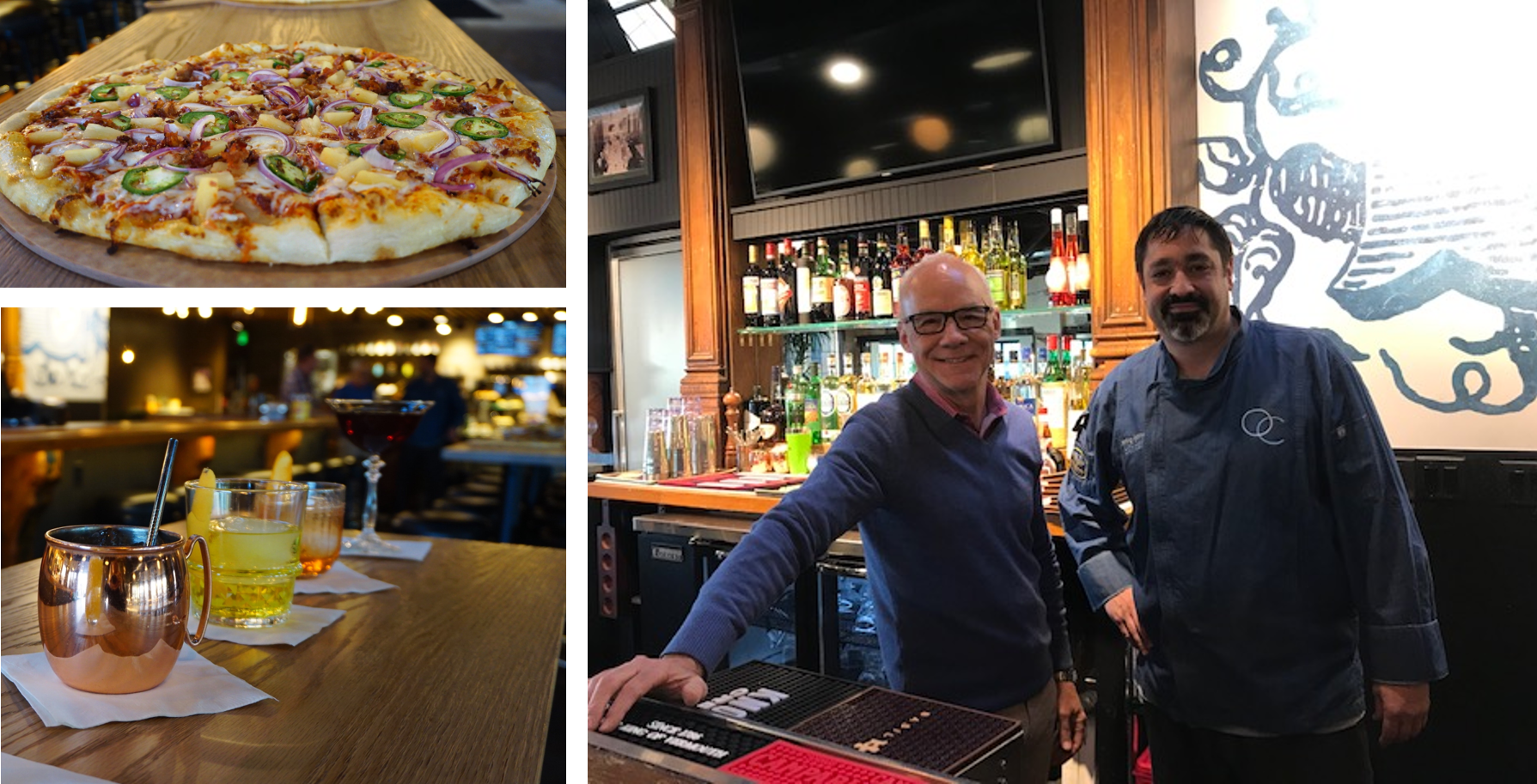 Joe Vostrejs (left) and Sterling Robinson are part of the team opening Earnest Hall in Sunnyside. (Photos by Cassidy Ritter)

After two years of lights out, Joe Vostrejs and his team at City Street Investors are reopening their restaurant at 44th Avenue and Federal Boulevard.

But the new roof and fresh paint, part of what Vostrejs described as $1 million in renovations, aren’t the only changes.

What was previously Ernie’s Pizza & Bar is now dubbed Earnest Hall. And the restaurant now opens at 6 a.m. – to serve coffee, not slices. 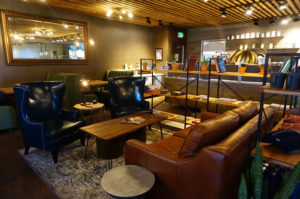 Renovations to the building included adding a coffee shop.

City Street opened Ernie’s Pizza & Bar at 2915 W. 44th Ave. in the Sunnyside neighborhood in 2009. The restaurant closed in April 2018 after a hailstorm caused damage to the building.

Earnest Hall opens at 4 p.m. Tuesday, and kicks off coffee and lunch service Wednesday. Operating hours will be 6 a.m. to 10 p.m. Sunday through Thursday, and 6 a.m. to 11 p.m. Friday and Saturday.

The restaurant will continue to offer an Ernie’s-like menu, with pizza, pasta, calzones, Italian-style wings, salads, sandwiches and burgers, and a full-service bar with 30 beers on tap. Meanwhile, its coffee shop offers pastries in addition to drip coffee and specialty drinks. 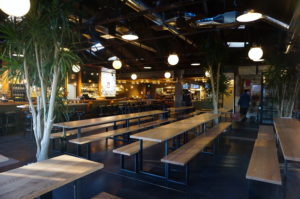 The restaurant has community tables, a coffee shop with couches and large booths.

Guests order at the counter, then select an open seat.

Denver-based City Street is part of the group that also plans to redevelop the Evans School in the Golden Triangle and that hopes to add a cafe to the historic Tears-McFarlane mansion along Cheesman Park. The firm also co-developed Union Station and owns Billy’s Inn, located about a half-mile from Earnest Hall.

“We added coffee based on our experience at Union Station,” Vostrejs said. “People like using public spaces at all hours. … Here we create an indoor, public space.”

Renovations at the rebranded restaurant included a new roof, electrical work, fresh paint, a new A/C unit, new furniture and two new pizza ovens. The ovens can produce 220 pizzas per hour, according to Sterling Robinson, director of operations and proprietor. 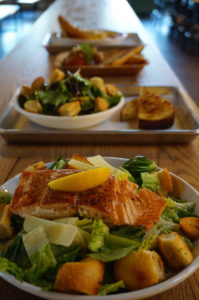 One of the restaurant’s salad dishes.

The building has been a restaurant for more than 70 years, according to Robinson.

Ernie Capillupo opened an Italian restaurant called Ernie’s Supper Club in 1948, which operated for decades. The stand-alone building then sold to the Sannino family, who ran 3 Sons Italian Restaurant & Bar before selling to City Street Investors.

Vostrejs, who has family ties to the neighborhood, said Ernie’s was a staple in the community, and that the restaurant’s new name pays homage to its history. Guests also will find photos of Ernie throughout the hall.

Joe Vostrejs (left) and Sterling Robinson are part of the team opening Earnest Hall in Sunnyside. (Photos by Cassidy Ritter)

The restaurant will rebrand as Earnest Hall and offer coffee.