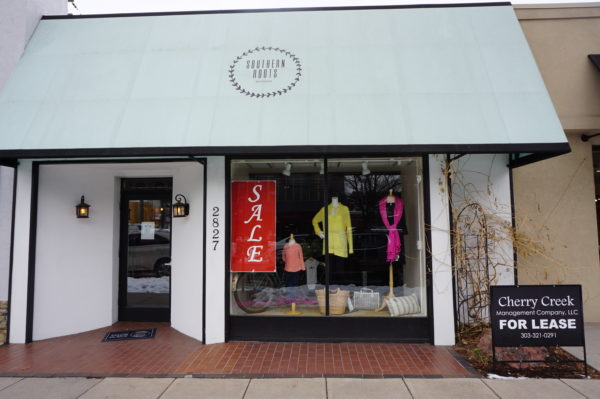 Cherry Creek is swapping one boutique for another.

Giltner’s daughter Kaitlyn Heinz opened the women’s and children’s boutique in 2016 in Broomfield at FlatIron Crossing. The store relocated to Cherry Creek about 1 1/2 years ago.

While the business’s lease in Cherry Creek isn’t up yet, Giltner said the property owner has another tenant interested in the 1,365-square-foot space.

Property owner Jerry Wrench with Wrench & Associates said a women’s boutique based in Massachusetts is interested in leasing the space. He said Monday a lease has been drawn up but not yet signed. 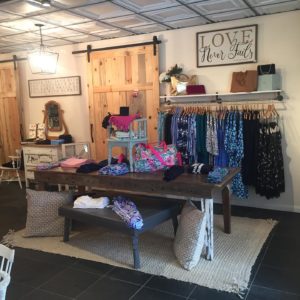 The boutique opened in Cherry Creek a year and a half ago. (Southern Roots Boutique)

When Southern Roots first opened in Cherry Creek, the store paid roughly $7,100 per month in rent. They now pay approximately $8,000 and were told it would increase to $8,300 soon, according to Giltner. The boutique signed a triple net lease where in addition to rent, tenants pay expenses associated with the property, such as property taxes and maintenance.

“It’s just affecting (us),” Giltner said. “We’ve talked to a lot of other small businesses, (property taxes are) affecting them as well. And it just keeps escalating.”

Wrench, who has owned the property for 35 years, said the increase in property taxes is hurting small businesses such as Southern Roots.

“The taxes make it much harder to lease a space now,” he said. “It’s becoming a real problem.”

Several local businesses were interested in leasing the space but they couldn’t afford the rent as property taxes continue to increase, according to Wrench. He said property taxes at Southern Roots’ location have doubled.

“A lot of property owners like myself are very upset about our property taxes,” Wrench said. “… The problem is that these developers are coming in and paying big prices for land.”

As the area continues to redevelop, the properties nearby become more valuable. Wrench said he likes the character of his building in Cherry Creek and plans to keep it as is. He also owns property at 3rd Avenue and Clayton. 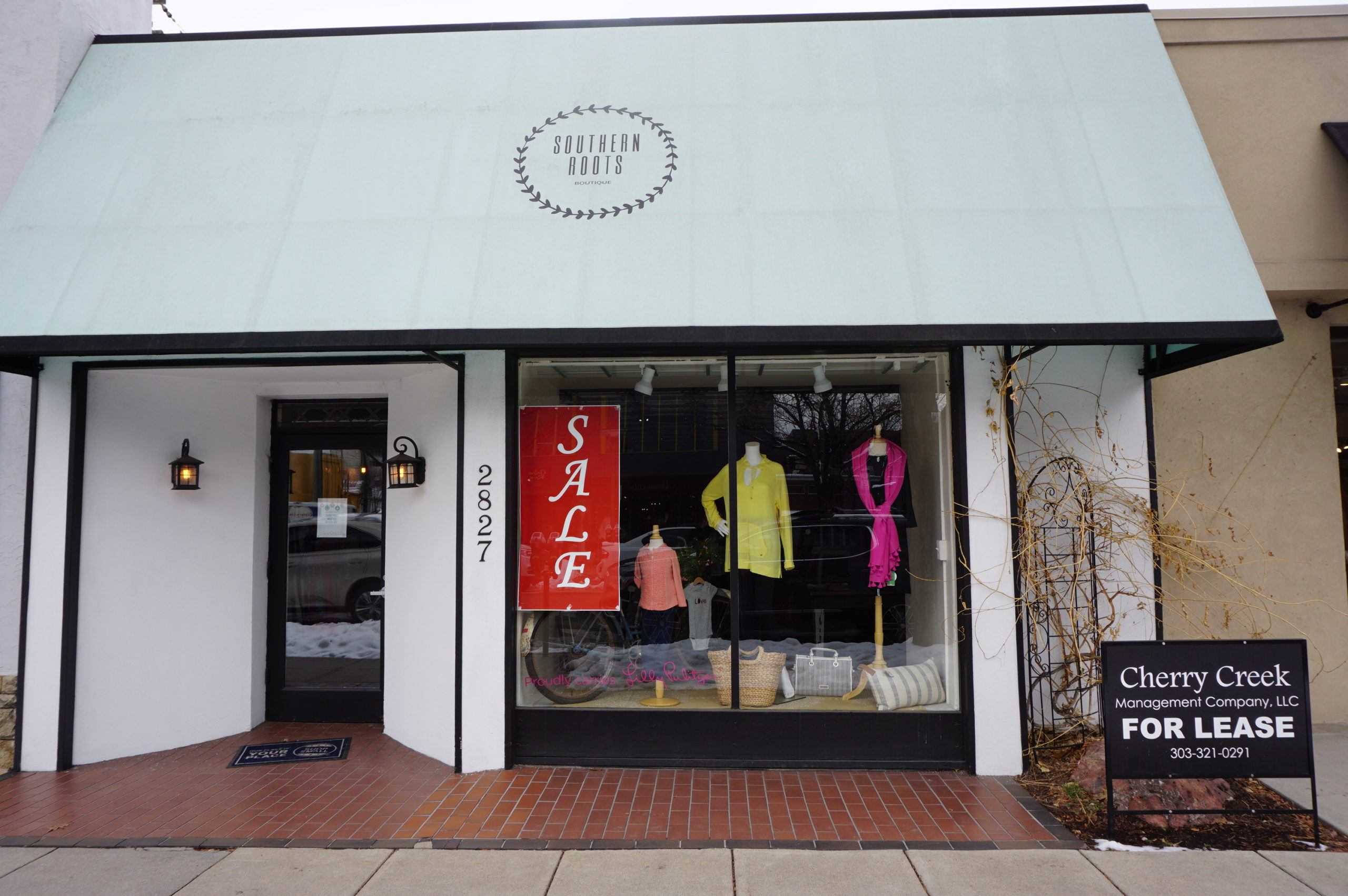 This is also a reminder for all of us consumers to shop and support local!

It would also be interesting if the governing entity (city) and the property owner could formulate new tax laws -incentives and lease agreements for small businesses. I know of a shopping mall in Texas that is asking for 10% of sales from the businesses. I thought that was interesting …base it off the success rate of the tenant. Most of the time the solution is not simple, but I like creative solutions 🙂
Long live small business.
So sorry Souther Roots!