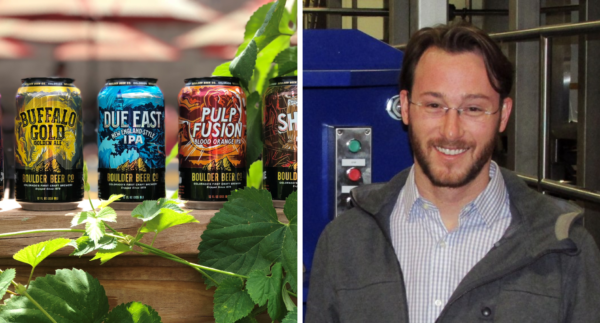 Matt Osterman’s brewery, by design, tends to fly under the radar.

Sleeping Giant Brewing Co., which Osterman founded in 2015, is a contract brewery. There’s no taproom, and you won’t find a Sleeping Giant six-pack at the liquor store. The Denver-based company’s facility near I-25 and 6th Avenue produces beer for about 20 other craft brewers, using recipes they provide.

Sleeping Giant’s latest partnership, however, is grabbing headlines. The company said this week that it will take over all non-taproom production, distribution and marketing for Boulder Beer Co., which bills itself as Colorado’s oldest craft brewery.

Boulder Beer, founded in 1979, announced in October that it would stop distribution to a 26-state footprint. The deal with Sleeping Giant cancels that plan, which would have left its beverages available only at its one brewpub in Boulder.

“We put it together super quick, to be honest, since time was of the essence,” Osterman told BusinessDen.

The October announcement was viewed as a result of increasing challenges and competition in the craft beer sector, where more small operators are focusing on taprooms instead of distribution. Osterman, however, said Boulder Beer still has a strong brand.

“It’s no secret that it wasn’t doing as well as it could’ve been, or should’ve been,” he said. “But it’s not like it was a failure, or a sinking ship. I think it needed new energy.”

Osterman said he learned of Boulder Beer’s plan to cease distribution like most people, by reading a news story. But he knew Boulder beer owners Frank and Gina Day, and decided to reach out to see if there was an alternative.

“One big piece was just the personalities,” Osterman said of his motivation. “The ability to work with them was a huge draw.”

Osterman also happens to be a Boulder native.

“For me, there’s certainly an emotional piece of it, if you will,” he said.

Boulder Beer has been producing about 16,000 barrels a year. Under the deal, the company will continue brewing some beer in Boulder, which will be sold in the brewpub. Production, however, will be significantly scaled back, with some equipment on the auction block. 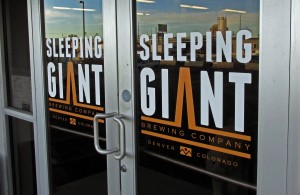 Sleeping Giant will produce the brand’s beer that is bottled and trucked across the country. (BizDen file photo)

Sleeping Giant, meanwhile, will produce the brand’s beer that is bottled and trucked across the country.

Osterman said Boulder Beer has been available in 26 states. Sleeping Giant will continue distributing without interruption to what he called Boulder Beer’s “core markets.” The company still is determining how much of the distribution footprint it will ultimately keep.

“We saw a big opportunity to improve quality and efficiency … just because of our facility,” he said, adding distributors also will benefit from “operational predictability.”

Osterman declined to specify the financial terms of the deal, but noted it is not an acquisition, as Boulder Beer still owns its brand. But he said he sees a benefit to Sleeping Giant moving beyond pure contract brewing, and gaining experience with distribution and marketing.

“I was thinking about ways that we could improve our value-add proposition for our future clients,” he said.

Sleeping Giant already has begun brewing Boulder Beer and will package it for the first time Wednesday.

Osterman said Sleeping Giant expects to brew about 55,000 barrels in 2020, counting Boulder Beer and the company’s other clients.