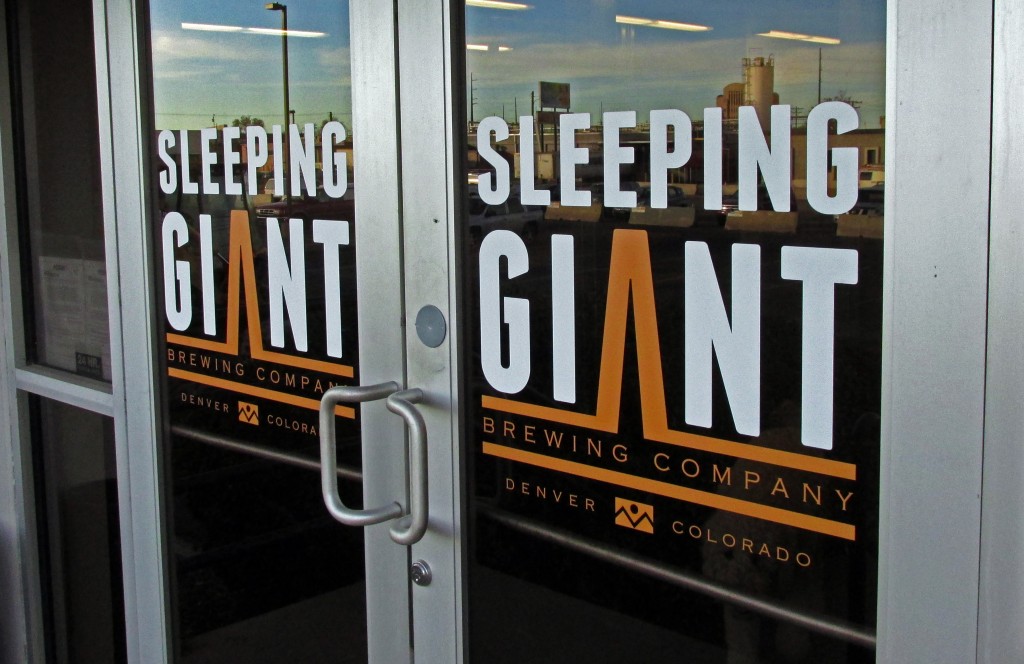 A giant Denver brewery is about to get even bigger.

“We’re in a fortunate spot where we have a wait list of customers wanting to get in,” he said. “And our current customers are all growing and doing well, so we want to make sure we can keep up with their demand too.”

Osterman opened Sleeping Giant early last year in a 67,000-square-foot warehouse near 6th Avenue and Interstate 25. It’s a contract brewery, meaning you won’t see a Sleeping Giant six-pack or tap handle anywhere around town. Instead, the company makes beers for other breweries that either can’t make enough or lack brewing space.

Breweries come to Sleeping Giant with their recipes and order a certain number of cases or kegs. Then Sleeping Giant will quote a price, brew the beer, can or keg it, and ship it to the customer. 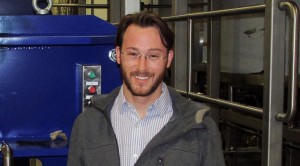 Sleeping Giant is brewing for about a dozen clients. Some of his biggest customers are House Beer out of California, Virginia-based Honor Brewing, New Planet Beer in Boulder and The Post Brewing Co. in Lafayette, Colo.

The first leg of Osterman’s three-pronged expansion plan is to add fermentation space with three new, 150-barrel tanks. In total, they cost about $250,000 to buy and install, Osterman said, and will increase the brewery’s capacity by about 25 percent.

“This brew house can make a ton of beer,” he said. “But we’re limited by how much space we have to ferment.”

Fermenting and aging also take time. Beers might need to ferment for a week and then sit in one of Sleeping Giant’s tanks to age and settle for another 11 days or so, Osterman said. So the brewery is buying a $400,000 centrifuge, which could cut the post-fermentation aging time in half.

Osterman said Sleeping Giant can roll over its fermenters from one beer to another about 16 times a year right now. With the centrifuge reducing aging times, he hopes to be able to raise that to about 21 times a year. 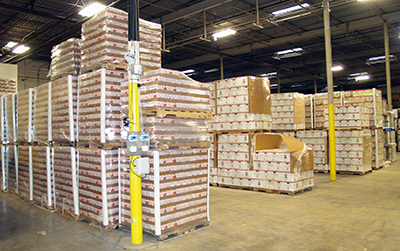 Inside the Sleeping Giant warehouse.

To keep up with increased production, he’s upgrading his canning line with new equipment to clean out empty cans and fill them with beer faster. Sleeping Giant is spending about $1.5 million to add an ionized air can rinsing system and equipment capable of filling cans more quickly.

The current Sleeping Giant canning system fills about 130 cans per minute. The upgraded system, which will be installed next week, will be able to fill 220 cans each minute. Osterman also said the ionized air rinsing apparatus will clear out and sanitize cans better than the water-based system he has now.

“That won’t do much for us productionwise,” he said. “But it is a big investment in quality.”

Osterman, who previously worked for New Planet Beer Co., is a Boulder native who moved to Denver about six years ago. He named his brewery after a mountain near Steamboat Springs.

Sleeping Giant has 15 employees. Several trucks come through each day shipping beer for clients in California, Texas, Colorado and elsewhere.

“All the manufacturers have really long lead times,” he said. “So any piece of equipment you order in the craft beer market will conservatively take between four and six months.”

A giant Denver brewery is about to get even bigger.

“We’re in a fortunate spot where we have a wait list of customers wanting to get in,” he said. “And our current customers are all growing and doing well, so we want to make sure we can keep up with their demand too.”