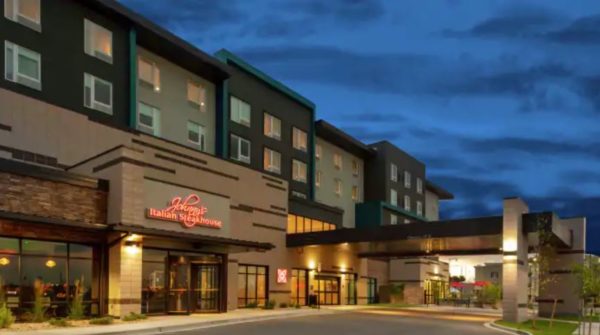 The loan was used to build a Hilton Garden Inn at 14275 Lincoln St. in Thornton. (Hilton)

The bank that financed a new hotel off I-25 in Thornton said the developer has defaulted on the loan.

Independent Bank alleges in a lawsuit filed last week that Fort Collins-based Spirit Hospitality has failed to make scheduled payments on a $15.32 million loan the bank issued to it in October 2017.

The bank said the company now must pay the outstanding principle and interest in full, which amounts to $15.24 million.

Public records show the loan, made out to Willco X Development LLLP, was recorded in Adams County in connection with a project at 14275 Lincoln St. in Thornton. It was issued by Guaranty Bank, which has since become part of Independent Bank.

Spirit Hospitality built a five-story Hilton Garden Inn hotel, according to the company’s website. It opened earlier this year.

Spirit CEO Bill Albrecht did not respond to a request for comment.

The loan agreement was amended in May 2018, according to the lawsuit, which was filed in Denver District Court. Independent Bank notified Spirit it was in default on Oct. 1 of this year, about five weeks before filing the lawsuit.

The loan was used to build a Hilton Garden Inn at 14275 Lincoln St. in Thornton. (Hilton)