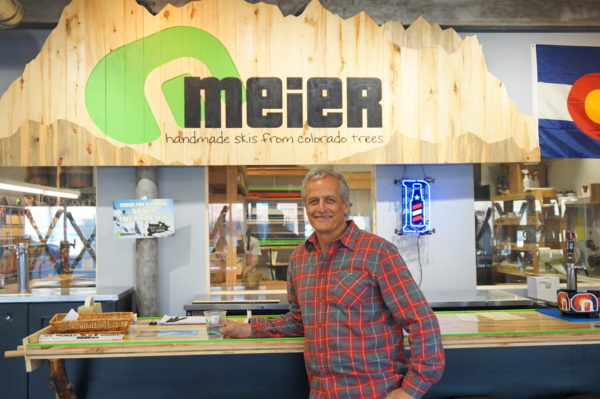 A local ski manufacturer is starting the season off in a new home.

Meier Skis has relocated from 970 Yuma St. in Lincoln Park to 1775 S. Broadway, where the company signed a five-year lease. The new location is nearly twice the size at 6,250 square feet.

“We’re stoked,” owner Ted Eynon said. “It’s a good fit for us. I mean, one, the location is good because (there’s) a lot of visibility, a lot of traffic, a lot of neighborhoods around us … The old place, you could see it from I-25 but … you don’t really know how the hell you get there.” 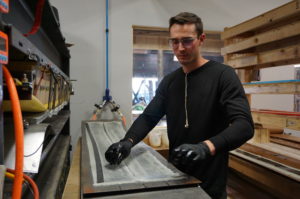 Founded in 2010, Meier Skis is a custom ski shop where products are made from Colorado aspens and beetle kill pine.

The new location, which opened in late August, gives Meier Skis about 3,000 square feet for production and allows customers to watch the process from a 15-seat bar top.

“We’ve tried to stay true to our values from the beginning, where we make everything ourselves,” Eynon said. “We make it transparent to people, and we’re trying to show that you can make manufacturing work here still in the United States.” 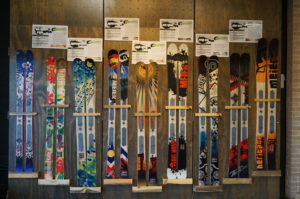 Meier Skis has 16 standard models of skis ranging in price from $700 to $900, while standard snowboards cost $595, Eynon said. The company also partners with bands, festivals, individuals and businesses, including the University of Colorado, Coors Brewing Co. and Tivoli Brewing Co., to build custom skis ranging from $995 to $1,295, Eynon said.

The Broadway location, formerly home to skateboard shop BoardLife, also has space for the repair and tuning side of Meier Skis, called the House of Tunes. The shop works on all makes and models of skis and snowboards. 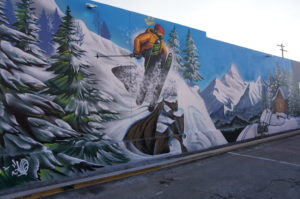 The new location features a mural by Chad Bolsinger.

The move is the second in three years for Meier Skis. In 2016, the company moved from Glenwood Springs to Denver, after having difficulty finding employees on the Western Slope.

Meier Skis now has about 13 employees.