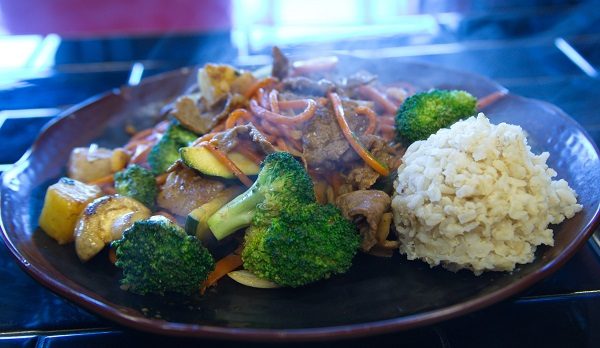 Todd Campbell is looking to stir up RiNo’s Industry building.

Campbell, the founder of Las Vegas-based Stir Krazy Mongolian Grill, plans to bring two concepts to the retail space in the coworking building along Brighton Boulevard, both of which are slated to open by year-end.

“There’s two floors in the (space), so we’ll do the Mongolian grill upstairs and tapas and a bar downstairs,” he said. “Downstairs will be called ‘Fusion.’”

Despite its name, Mongolian barbecue is a dish that was developed in Taiwan in the 1950s. Diners typically gather a bowl of thinly sliced raw ingredients, which a chef then stir-fries on a large, iron griddle at high heat.

Fusion is a new concept for Campbell and his business partners, Oscar Santana and Pataudi Hemchand. The trio own two Stir Krazy locations in Las Vegas.

Campbell said they hope to open additional Stir Krazy restaurants in the Denver metro area, and have been looking at places such as Aurora, Centennial and Cherry Hills. 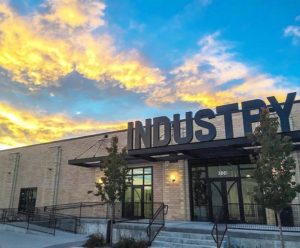 The Mongolian Grill will open in Industry. (Industry)

The two concepts will take up the 2,400-square-foot space that was most recently home to Izakaya Ronin, a Japanese eatery that closed in August after less than two years.

Westword reported that Izakaya Ronin planned to “move to a much more visible location in Denver.”

Izakaya Ronin was the first of two restaurant closures at Industry in recent months; neighboring restaurant Mister Tuna closed on Nov. 2. But Tag Restaurant Group, Mister Tuna’s parent company, said it plans to reopen in the space as an event venue dubbed Commissary.

Campbell, who’s moving to Denver from Las Vegas next week, said RiNo’s density appealed to him.

“I’ve been travelling to Denver a lot over the last three years, and I love the industrial look of RiNo and the density with apartments,” he said. “I fell in love with the space from day one.”

Campbell said he took over a mom-and-pop Mongolian grill in Thousand Oaks, California, in 1998, then modernized the brand and opened its Las Vegas locations. He’s since sold his California eateries.

Industry operates two coworking buildings, at 3001 Brighton Blvd. and at 3858 Walnut St. CorePower Yoga and Will Call restaurant also operate at Industry on Brighton, according to its website.

The Japanese eatery closed in August after less than two years.