The mansion at 1244 Grant St. and its carriage house at 1250 Grant St. sold in separate transactions for a combined $2.1M. (Thomas Gounley)

A 130-year-old mansion in Capitol Hill has sold, and the carriage house behind it is set to become a dispensary.

The 4,300-square-foot Creswell Mansion at 1244 Grant St., and the 2,300-square-foot home behind it at 1250 Grant St. — which has a dispensary license associated with it — changed hands for a combined $2.1 million, according to public records.

According to state records, the entities were registered by Alex Levine, owner of the Green Dragon dispensary chain. Levine said the properties were purchased by Best Properties LLC, a Florida-based real estate firm.

Levine said he is leasing the carriage house for a Green Dragon dispensary, which he hopes to open by the end of the month.

“Someone already had a license that we acquired,” he said. “We’re still waiting for our change of ownership from the state, but we’re hoping to get approval any day now.”

The Capitol Hill dispensary will be Green Dragon’s fourth location in Denver, and 14th overall. Levine said the company is also about to open at 1750 30th St. in Boulder.

Levine said he didn’t know the new owner’s plans for the mansion, which was built in 1889 and named to the National Register of Historic Places in 1977. Best Properties didn’t respond to a request for comment.

The mansion, which has been converted to office space, previously was leased to Shaw Construction, which used it while building the Modera Cap Hill apartment complex next door.

In early 2018, a business requested a social marijuana use license for the mansion. But the city denied Utopia All Natural Wellness Spa and Lounge’s application because a regulation prohibits the granting of licenses within 1,000 feet of locations where children gather, and the mansion was 980 feet from a child-care center. Appeals of that decision were unsuccessful, a city spokesman confirmed Thursday. 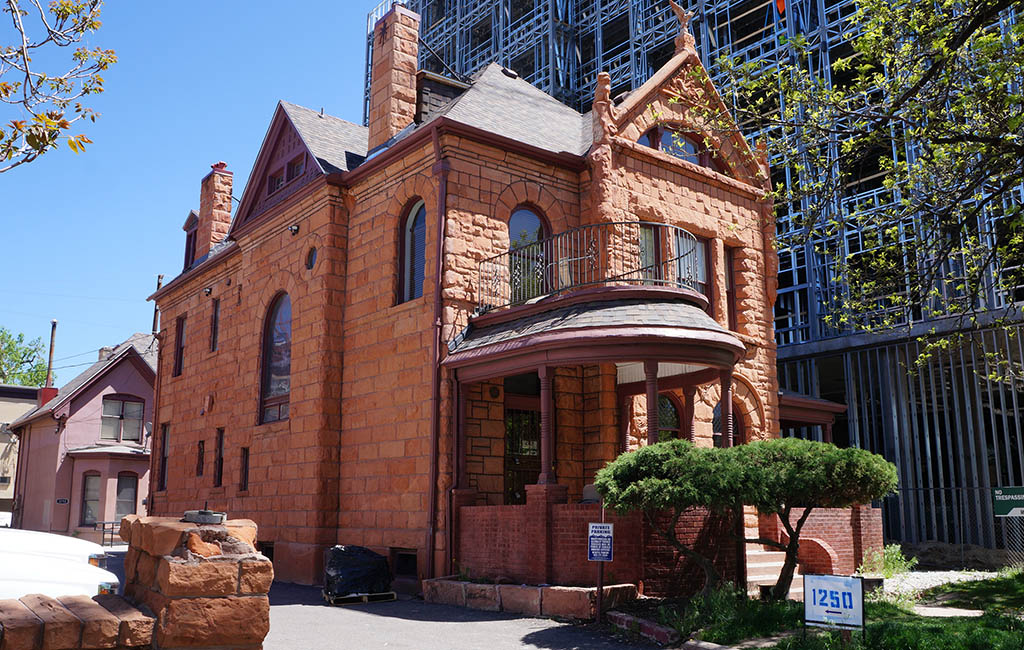 The mansion at 1244 Grant St. and its carriage house at 1250 Grant St. sold in separate transactions for a combined $2.1M. (Thomas Gounley)

The mansion and home behind it were listed for a combined $2.25 million and sold for $2.1 million.