A Dutch Bros. outpost in Everett, Washington. The company plans to open its first Denver location in the third quarter of next year. (Courtesy Dutch Bros.)

A drive-thru coffee chain wants to elbow its way into your morning routine.

Oregon-based Dutch Bros. Coffee, which was founded in 1992 and operates in seven states, plans to open in at least nine cities in the metro area by the end of 2020.

The locations are expected to open in Denver, Parker, Thornton, Conifer, Commerce City, Westminster, Aurora, Northglenn and Castle Rock, according to a company spokeswoman.

Dutch Bros currently has one location in the six-county metro area, in front of Casa Bonita in Lakewood.

Dutch Bros. didn’t provide specific addresses for the impending locations, but a Denver location is planned for 4601 Peoria St., according to brokerage Pinnacle Real Estate Advisors.

Pinnacle’s Justin Krieger represented the seller in a late-September sale of the 0.85-acre site for $675,000. According to public records, the property was purchased by Oregon-based Cole Valley Partners, which will build the location.

The spokeswoman said the Denver location likely will open in the third quarter of next year. 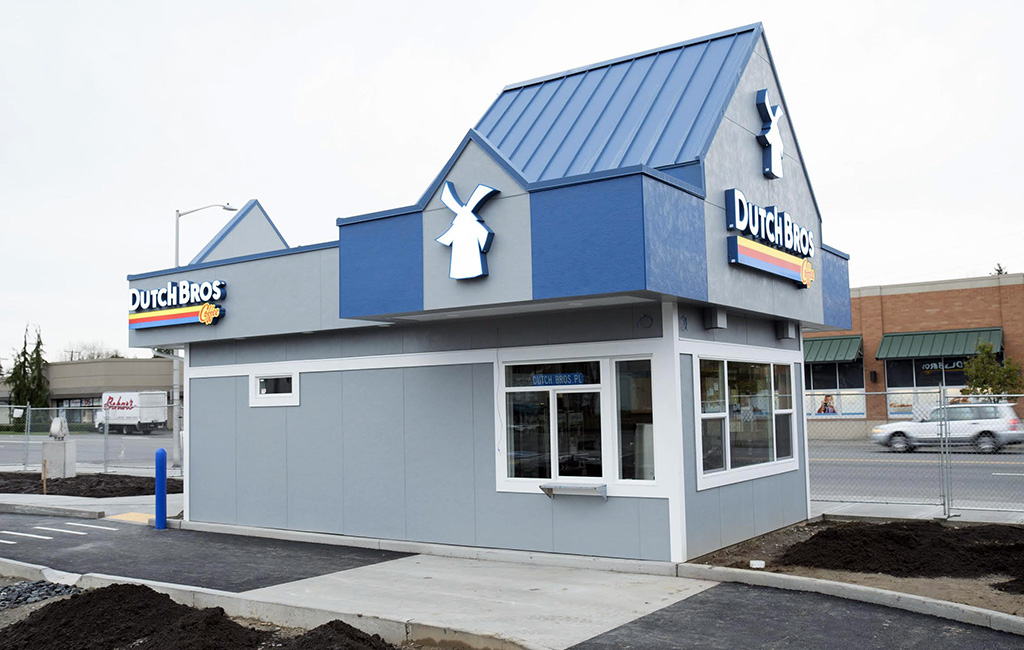 A Dutch Bros. outpost in Everett, Washington. The company plans to open its first Denver location in the third quarter of next year. (Courtesy Dutch Bros.)

The company says it is coming to nine cities in the metro area. It already operates in Lakewood.

looking for who, how and when we can apply for the new Dutch Brothers coffee in Thornton off if 25 and 84th. Any assistance would be awesome. I’m hoping to get in on the ground floor and open one in two years.
Thanks in advance
Vicki Wiseman