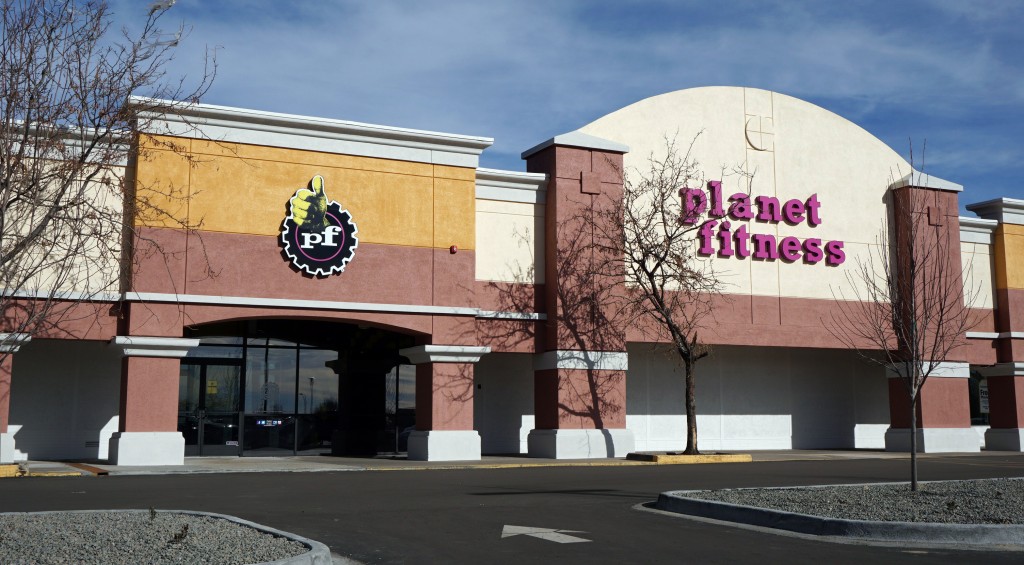 Aspiring gym buffs soon will have a home in Glendale.

A Planet Fitness franchise is set to take over a space formerly occupied by a 24-Hour Fitness at 720 S. Colorado Blvd.

Planet Fitness markets itself as a “judgement-free zone” meant to appeal to novice gym-goers, even offering members free pizza and bagels once a month.

Kate Matteson, a spokeswoman for franchise owner Brett McGlothlin, said Thursday that the Glendale gym, set to open next month, will be McGlothlin’s sixth.

Planet Fitness already has 17 gyms across the Denver metro, and its website lists another location in the works at 10809 E. Colfax Ave. in Aurora.

As of this summer, Planet Fitness had more than 1,800 gyms across all 50 states, Puerto Rico, Canada, the Dominican Republic, Panama and Mexico, according to a recent press release. More than 95 percent of those are franchises.

The New Hampshire-based company was founded in 1992 by brothers Michael and Marc Grondahl.

Each gym offers two membership levels at rates of $10 or $23 a month. The more expensive membership allows access to all Planet Fitness locations, which are all open 24 hours a day, its website said.

Yelp indicates that the 24-Hour Fitness outpost had operated in the space from 2015 until November 2018.

Glendale is also home to an Orangetheory Fitness, Glendale Sports Center, a separate 24-Hour Fitness at 4120 E. Alameda Ave., and Cherry Creek Athletic Club, soon to be rebranded into a Lifetime.