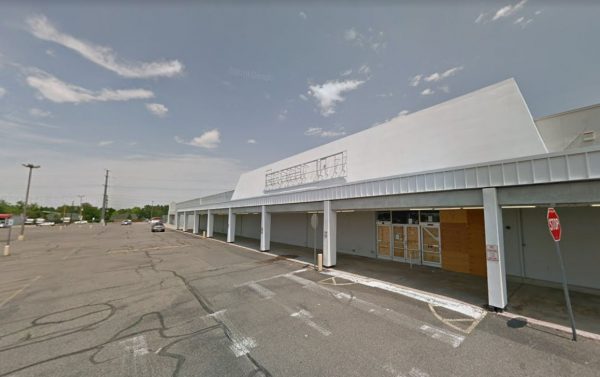 A Streetview image of the former Kmart at 2150 S. Monaco Pkwy. in Denver. (Google Maps)

A former Kmart store in southeast Denver that has sat vacant for nearly seven years has sold to a developer.

The unused building is 111,000 square feet, according to county records. It sits on a 12.93-acre lot at the southeast corner of Monaco Parkway and Evans Avenue.

The building, which dates to 1967, opened as a Kmart, became a Sears and then reverted to a Kmart not long before its closure in early 2013, according to The Denver Post.

The building has sat empty since then, frustrating Denver Councilwoman Kendra Black, who represents the area. In 2017, she told Denverite that Sears still had a 62-year lease on the property, but that both the company and the property owner — an entity called J&W Monaco Evans LLC — had rebuffed purchase offers from developers.

Black said at the time she was exploring whether the city could condemn the property as “blighted,” then move to purchase it through eminent domain.

“It’s a crumbling, deteriorated parking lot,” Black said in 2017. “People dump trash and old mattresses there. It’s a regular target for graffiti. There’s people camping around the property. The windows have been broken into. It’s a total wreck.”

Black did not respond to a request for comment Monday, although she referred to the sale as “great news” on her Facebook page last week.

Forum Real Estate said in a statement that it is exploring redevelopment possibilities for the site. An executive did not respond to a request for further comment.

According to the company’s website, projects that Forum has developed include Promenade at Castle Rock, a project with retail and residential space, and The Logan, an apartment building at 619 Logan St. in Denver.

A Streetview image of the former Kmart at 2150 S. Monaco Pkwy. in Denver. (Google Maps)

The property has frustrated Denver Councilwoman Kendra Black, who called it a “total wreck” in 2017.

I’m so glad to see this. I grew up in that neighborhood and have found that property to be an eye-sore for many years. Hopefully, Forum is able to put together a nice development that takes advantage of that property’s central location and that can contribute positively to that neighborhood.