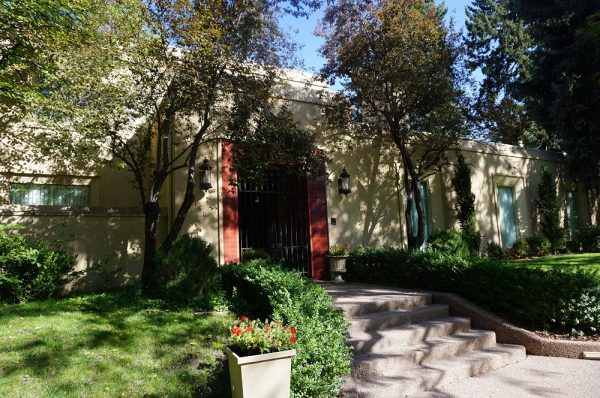 The owner of a Country Club estate once known for its celebrity-studded parties is looking to unload the home she’s owned for 40 years.

In 2006, the home was chosen as the Junior Symphony Guild’s designer showhouse, an annual fundraiser for the music education nonprofit, which has since changed its name to Inside the Orchestra and discontinued the event.

A Denver Post article on the selection said the home was built in 1979 for Don and Judith Ann Newman with an “open floor plan would lend itself well to the entertaining that was an important part of the couple’s life.” Before Don died in the early 1990s, the couple hosted parties for celebrities, including pianist Peter Nero, clothing designer Carolina Herrera, comedian Phyllis Diller, actor Arte Johnson, baseball pro Johnny Bench and interior designer Mario Buatta.

The Post reported that the couple had owned a 50-year-old home furnishings store called Furniture Galleries, which Judith Ann closed in 2005 after remarrying.

The finer things: The “Palm Springs-style” home opens to a “dramatic” entry hall that leads to a two-story atrium, the listing said. Its large living and dining rooms were designed for entertaining. The kitchen offers floor-to-ceiling windows that look out to a patio and in-ground pool, and a second patio sits on the north side of the residence.

Located upstairs are two master suites, each with its own fireplace, as well as two additional en suite bedrooms. The finished basement features a family room and a three-quarter bathroom. A three-car garage sits outside.

Seller: Judith Ann Newman, according to public records. Judith Ann and her late husband, Donald Newman, appear to have owned the property since it was built in 1979. When Don died in the early 1990s, the deed was transferred to her name.

Architect: James Sudler, according to the listing. Sudler is also the architect behind the United States Courthouse and Rogers Federal Building in Denver, and he teamed up with Italian architect Gio Ponti to design the Denver Art Museum in 1971.

The seller once hosted parties there for such notable names as comedian Phyllis Diller and baseball Hall of Fame member Johnny Bench.