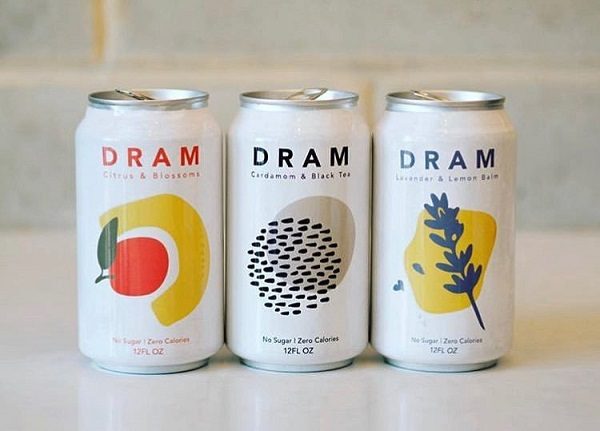 Shae Whitney and her husband Brady Becker didn’t intend for their bitters business to make a mark in the cannabis industry.

But eight years after the couple launched Dram Apothecary, its two beverage lines — one of which is infused with CBD, a non-psychoactive ingredient in cannabis — were picked up by Denver-based Coors Distributing Co., marking one of the distributor’s first moves into the CBD sector.

The deal, which went into effect last week, means Dram’s line of non-alcoholic sparkling waters now can be sold anywhere Coors products are sold in Denver and Boulder, Whitney said. 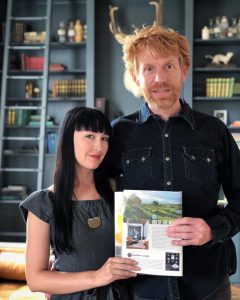 “Everybody is interested in not just the CBD industry, but also the non-alcoholic industry as well,” Whitney said. “It’s a really fast-growing sector within the food and drink industry. Coors was looking for a non-alcoholic brand to bring on, and they found us and we’re local. We have a really great following and a great product, so it made sense for everybody involved.”

Dram is one of two CBD-infused beverages to be picked up by Coors Distributing this month. The second is Denver-based Colorado’s Best Drinks’ line of CBD-infused sparkling sodas.

Coors Distributing is a division of MillerCoors, the U.S.-based subsidiary of multinational parent company Molson Coors Brewing Co. Its distribution territory spans from Boulder to Monument, and from Evergreen to Limon, according to its website. The distributor sells products from nine other Colorado-based brewers, including Coors itself.

This isn’t the only way Coors is attempting to break into the cannabis market. Last August, Molson Coors announced a joint venture with Quebec-based marijuana cultivator Hexo to produce THC-infused beverages for the Canadian market. But in the U.S., where THC is still federally illegal, the company is focusing on CBD.

“The (Coors) partnership is cool because it could serve as an example for distributors outside of Colorado who are hoping to get into the CBD market,” Whitney said. “It was a really big decision for Coors to get into the cannabis market.”

Dram already has deals with multiple distributors across 25 states, and customers also can order the drinks through the company’s website. But Whitney said Dram is increasing its production by about 200 percent to accommodate the Coors deal and expects to have sold 40,000 cases to the distributor by year-end.

“We’re really excited to get our drinks into as many hands as possible,” Whitney said. “We have a great product that has no sugar or chemicals — it’s very clean — and it’s great that more people can have access to it.”

Incorporated CBD a year ago

Dram Apothecary launched in 2011 as a business that made organic bitters for cocktails.

Dram began as a company that sold organic bitters meant for cocktails. Whitney and Becker launched the company in 2011 in Silver Plume and didn’t break into beverages until 2015 when they launched their line of bitters-infused sparkling waters. They began making CBD drinks only a year ago, Whitney said.

“I have a background in bartending and agriculture and Brady is a designer,” Whitney said. “Back then was before the huge cocktail fad, so we thought there was a niche for well-made, organic bitters that don’t use flavoring.”

The couple opened a retail store in Silver Plume in 2012, but closed it in 2016 to move to Salida, where the company is now based. Dram has a 3,000-square-foot manufacturing facility there, and a 40,000-square-foot canning operation in Denver.

Dram’s CBD-infused sparkling water comes in three flavors: gingergrass, lemongrass and beauty bubbles. Each 12-ounce can comes with 20 milligrams of CBD. Its bitters-infused line, which does not include CBD, comes in flavors cardamom and black tea, citrus and blossoms, and lavender and lemon balm.

In addition to its sparkling waters, Dram produces CBD oil drops, herbal cocktail bitters, and switchels, which are drinks made with honey and apple cider vinegar meant to be mixed with water, tea, juice or cocktails. These products, though, won’t be distributed by Coors, Whitney said.

“Our schtick is that we make all-natural products, using a lot of wild herbs,” she said. “It’s all organic, fair trade and alcohol-free.”