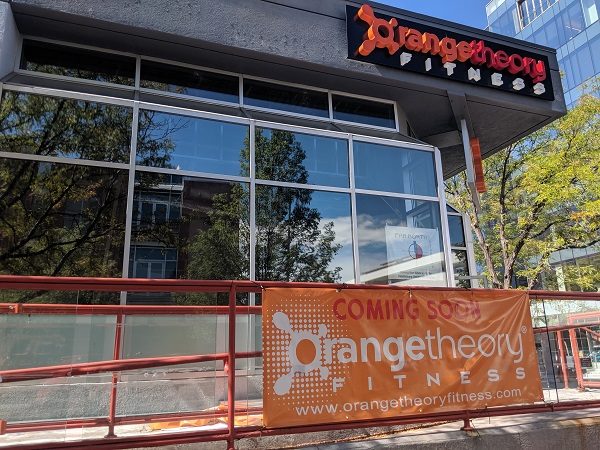 An Orangetheory franchise is moving into the shopping district and set to open later this fall at 2780 E. 2nd Ave. The 3,200-square-foot space was most recently home to Hapa Sushi Grill & Sake Bar, which is moving two blocks east.

Construction permits submitted to the city list Tim Johnson, president of fitness franchise operator We Spread Health and co-founder of CorePower Yoga, as the business owner. Johnson could not be reached for comment by press time.

We Spread Health already owns and operates four Orangetheory franchises in Washington Park, Southglenn, Glendale and Aurora, according to its website. It also runs three CorePower Yoga studios in Utah, as well as one apiece in Littleton and Lakewood. 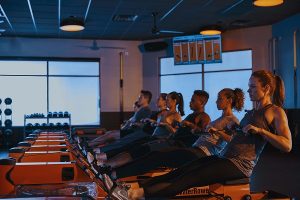 Orangetheory focuses on high-intensity interval training, in which participants monitor their heart rate while switching between exercises. (Orangetheory Fitness)

Florida-based Orangetheory focuses on high-intensity interval training, in which participants monitor their heart rate while switching between exercises. The goal is to get to the “Orange Zone,” a heart rate zone that kicks metabolism into overdrive. Each person’s heart rate is displayed on a TV at the front of the room.

Orangetheory was founded in 2010 by Ellen Latham, who began franchising the brand in 2011. The company ballooned up to 1,200 gyms in all 50 U.S. states and 22 countries. In Colorado, Orangetheory has 26 franchised fitness studios in the Denver metro area and five more elsewhere in the state, according to its website.

It joins more than a dozen fitness options in the neighborhood, including SoulCycle, cardio dance studio AKT and assisted stretching studio StretchLab.