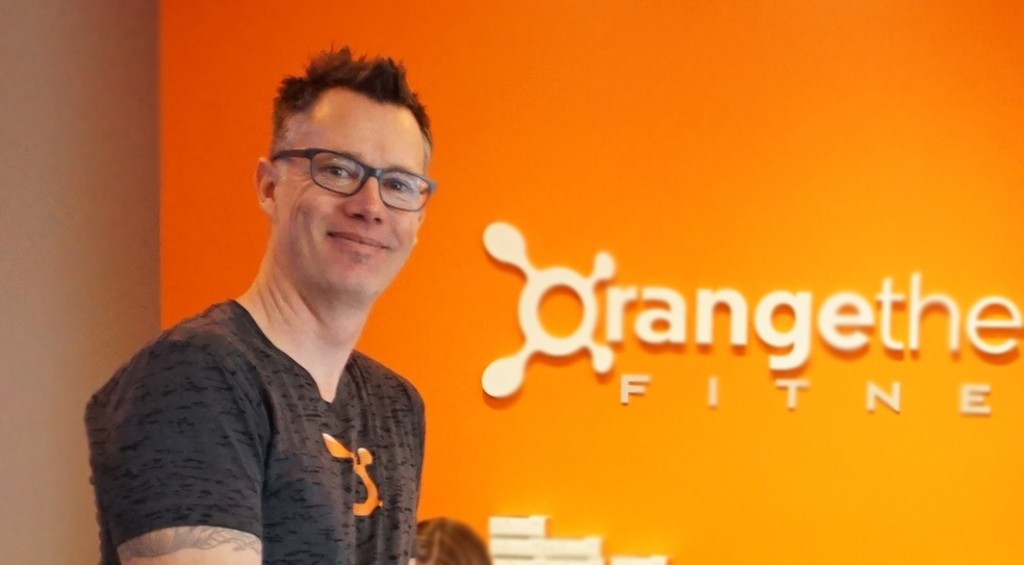 Orangetheory is pushing deeper into Denver with a new gym under construction in Wash Park that should open in April.

Owner Paul Jurevich already owns Orangetheory gyms in Glendale and Southglenn. The franchise is known for high-intensity workouts, where customers monitor their heart rate while on treadmills and rowing machines.

Jurevich said one of the challenges of the new location will be how to figure out how to fit a normally rectangular gym into the 4,300-square foot, triangular building.

Jurevich said it will cost around $500,000 to get the 999 Logan St. location fully operational. He and his business partner, Tim Johnson, financed the project themselves.

Each of Jurevich’s other two locations has about 875 members, and he predicts that the Wash Park gym will have a similar enrollment.

Jurevich worked as a personal trainer in Southern California until 2012, when he moved his family to Colorado to open his first Orangetheory.

“I had to move my family out ahead of time while I kept working in California,” Jurevich said. “Inevitably, timing never works out. I was flying out to Colorado on the weekend to be with my family, and sleeping on my brother’s couch in California during the week to work.”

Jurevich opened his first Orangetheory in Southglenn in 2013. 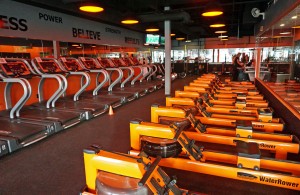 Orangetheory focuses on cardio-intensive workouts with rowing machines and treadmills.

Orangetheory started in Ft. Lauderdale in 2010. Since then, about 160 other locations have sprouted up across the U.S., Great Britain and Canada.

The gym’s first Colorado franchise opened in Highlands Ranch in 2012, Jurevich said. Since then, 14 other locations have opened across Colorado including the Stapleton and Union Station gyms that opened in December.

But despite the fast growth, Jurevich said he has struggled with branding.

“People thought we were a smoothie shop or something,” he said.

So he launched a one-man marketing campaign.

“I put on an orange suit, rowing on the side of the road in an orange mohawk.” He said. “People came up and asked what it was all about, and I told them.”

The Orangetheory name derives from the fitness regimen used by the gyms. As a class exercises, each member’s heart rate is displayed on a widescreen TV. Each person’s goal is to reach the “Orange Zone” that kicks the metabolism into overdrive.

“It’s the sweet spot for working out,” said Jurevich. “Your metabolism keeps increasing for the next 24 hours.”

To monitor heart rates, Orangetheory has developed hardware and a smartphone app. The system was implemented at the end of January.

“The system we developed is working really well. I thought with 875 members there would be some hiccups, but there haven’t been,” Jurevich said.

Orangetheory also runs yearly contests. The gym is currently sponsoring an annual competition where the member that loses the highest percentage of body fat in six weeks wins $10,000.

“People will lose 20 to 30 pounds in six weeks,” said Jurevich. “It’s not uncommon to see double-digit weight loss in the first month.”

Jurevich says that he may open a gym in Cherry Creek but has no concrete plans yet.

“I want to get the Wash Park location up and running first,” he said. “It takes four to six months to hit your stride and know what you’re dealing with.”