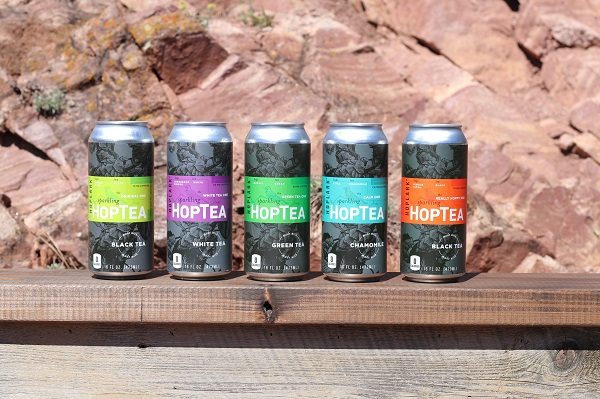 A Boulder beverage company is hopping into nationwide distribution.

This month, Hoplark HopTea’s line of hops-brewed sparkling teas will land on the shelves of 480 Whole Foods grocers nationwide, just 15 months after its launch.

The non-alcoholic teas claim to offer a flavor profile reminiscent of a standard IPA, but with no sugar or calories, according to co-founder Dean Eberhardt.

“We really just wanted to make something delicious,” Eberhardt said. “It’s amazing to see the look in the eyes of customers when they try the product for the first time. It’s just blown up.” 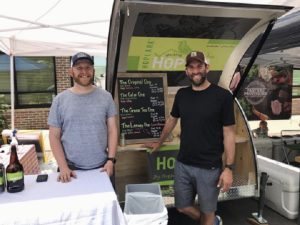 HopTea comes in five varieties brewed with different kinds and teas, including black tea, white tea, green tea and chamomile. Each 16-ounce can will sell in stores for about $2.99. A 12-pack, which also is available for purchase on HopTea’s website, sells for $35.

The business also opened a taproom in Boulder this summer on the front end of its 12,000-square-foot manufacturing facility at 3220 Prairie Ave. The taproom began welcoming imbibers in June from 1 p.m. to 5 p.m. every Saturday and Sunday, per its website.

“We’ve done four to five exclusive taproom releases as well,” Eberhardt said. “And things are selling out. People are coming back.”

Offices for the company’s 11 employees, including Eberhardt and his co-founder Andrew Markley, are also attached to the taproom.

HopTea isn’t profitable yet, Eberhardt said, but the team mainly is focused on getting the word out.

“We’re trying to create a fully new beverage that gets normalized in our culture, and we think it can be,” he said. “Our biggest thing is just getting people to the product, so we’re doing what we can to get the word out.”

Even with the expansion, the HopTea team still manufactures all its own products, and has no plans to outsource the process. Eberhardt and Markley also developed the recipe themselves. 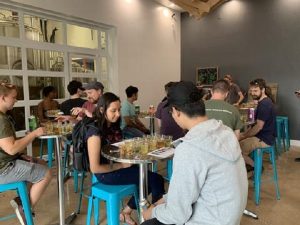 Eberhardt stumbled onto the idea years ago while trying out the Whole30 diet, which doesn’t allow alcohol. But he quickly realized that he missed the camaraderie of beer-drinking.

“We’re both homebrewers, so I immediately thought of the concept of replacing malt, which is the sugar in beer, with tea,” Eberhardt said. “Tea has tons of variety, so theoretically, we thought we could make something great.

“It took two years of basically living in my garage. Andrew (Markley) is a Ph.D. biochemist, and I have a background in manufacturing, but it was really through the magic of homebrewing.”

The pair used traditional brewing equipment to make the hoppy teas. Once they mastered the recipe, they began taking the product to farmers markets in Denver in May 2018.

Whole Foods quickly picked up HopTea and launched in about 70 stores across the Rocky Mountain region in September 2018. He said that HopTea was consistently one of the top-performing tea brands sold by the grocer.

Eberhardt and Markley initially bootstrapped the operation and later accepted investments. The brand also may eventually expand into other channels, such as convenience stores, bars or restaurants, Eberhardt said. 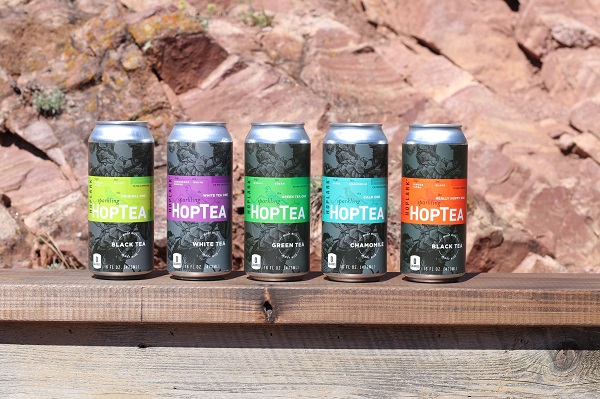