A homebuilder and philanthropist who splits her time between Denver and Vail has sued her former bridesmaid, alleging that the woman used $620,000 loaned to help finance a socially conscious flip-flop brand to instead finance a “lavish life-style and extravagant vacations.”

Amanda Precourt, owner of AJP Realty & Design and the daughter of retired energy executive Jay Precourt, this month sued Kael Robinson, accusing her of fraud and failing to pay back at all on the loans made in the midst of a “fake friendship.”

Instead of building the Fleeps flip-flop line with Precourt’s loans, the lawsuit claims, Robinson instead jet-setted around the world with stops in India, Greece and Morocco, documenting it all on Instagram.

“Robinson intentionally used her dynamic personality to falsely create a sense of deep and lasting intimacy between herself and Precourt to the exclusion of Precourt’s pre-existing familial and social and business judgment,” the lawsuit reads.

An attorney representing defendant Robinson acknowledged that she hasn’t paid back the money, but said that’s because Fleeps didn’t sell well. 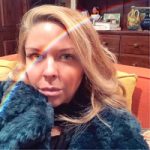 “It was a business deal that went bad, and they’ve been trying to turn it into more than that,” said Pennsylvania bankruptcy attorney Joseph Claffy, who said the lawsuit “reads like a novel.”

“We’re seeing if we can get it settled with money from her family,” Claffy added.

According to the lawsuit, which was filed in Denver District Court, Robinson currently or previously ran a number of businesses. They include the footwear line Fleeps, a “spiritual Brazilian bracelet product line” that once landed her in The Wall Street Journal, a “travel enthusiast business” known as Live Worldly, a bottled-water company called SOL Water and a CBD oil line.

Precourt and Robinson, a native of the Philadelphia area who attended the University of Denver, became fast friends in part because of their “overlapping social networks” in Denver, according to the lawsuit. In June 2016, “buttressed by a timely social-justice oriented sales pitch,” Precourt loaned Robinson’s footwear business $20,000. By September, she had made a second loan for $600,000.

Robinson and the business failed to make any payments on the loans, and when asked, failed to provide documentation that the money was being spent on business-related expenses, the lawsuit alleges.

Precourt believes the money was instead used to support Robinson’s “lavish” lifestyle, according to the lawsuit, which then provides a detailed breakdown of photos posted by Robinson on Instagram between April 2017 and January 2019.

During that time, according to the lawsuit, Robinson posted photos from a half-dozen international destinations, including Bali and Mykonos, as well as domestic hotspots such as Sun Valley, Idaho and Utah’s Burning Man festival.

Robinson also posted a photo from the beachfront Mexican town where she was attending Precourt’s wedding as a bridesmaid. The lawsuit accuses Robinson of “ingratiating herself” into that position, as well as introducing Precourt to a love interest who stole $17,000 from her, leaving Precourt to pay “thousands of dollars in extravagant room charges” when the two traveled to Miami together.

Robinson and her companies now owe Precourt $1.1 million between the two loans and interest, according to the lawsuit, which asks the court to award an unspecified amount of damages.

The website for Fleeps is no longer active, but advertisements on the company’s Facebook page still can be viewed. The lawsuit indicates several of Robinson’s other companies are no longer operating.

The lawsuit claims that Robinson has moved away from Denver but is currently “soliciting financing and/or investors (read: more victims) for her latest wellness application and hotel social club undertakings.”

Precourt and her attorneys, Oliver Griffin and Thomas Isler of Kutak Rock, didn’t respond to a request for comment.

Claffy, the attorney for Robinson, said the $620,000 was spent on business expenses, including $250,000 worth of inventory manufactured in Costa Rica and costs associated with storing the items at Amazon facilities, which shipped them when they were ordered. He said Precourt regularly received profit-and-loss statements.

“It was not some kind of scam,” Claffy said. “It was a real business.”

Marketing for Fleeps stated that 10 percent of sales would be donated to a nonprofit supporting women’s education. Claffy said about $15,000 was donated to The Starfish Foundation, which would correspond to sales of about $150,000.

As for the worldly Instagram feed, Claffy said some of Robinson’s travel was with and paid for by her family, and some was associated with Live Worldly, “a travel business for wealthy people who wanted to give back to certain communities.” He said Precourt went with Robinson on a Live Worldly trip.

Claffy said Robinson is likely to file for bankruptcy if a settlement isn’t reached.

“We’re trying to work this out,” he said. “Maybe the girls can even be friends again, you know?”

A homebuilder and philanthropist who splits her time between Denver and Vail has sued her former bridesmaid, alleging that the woman used $620,000 loaned to help finance a socially conscious flip-flop brand to instead finance a “lavish life-style and extravagant vacations.”

Amanda Precourt, owner of AJP Realty & Design and the daughter of retired energy executive Jay Precourt, this month sued Kael Robinson, accusing her of fraud and failing to pay back at all on the loans made in the midst of a “fake friendship.”

‘It was a business deal that went bad, and they’ve been trying to turn it into more than that,’ an attorney for the defendant said.