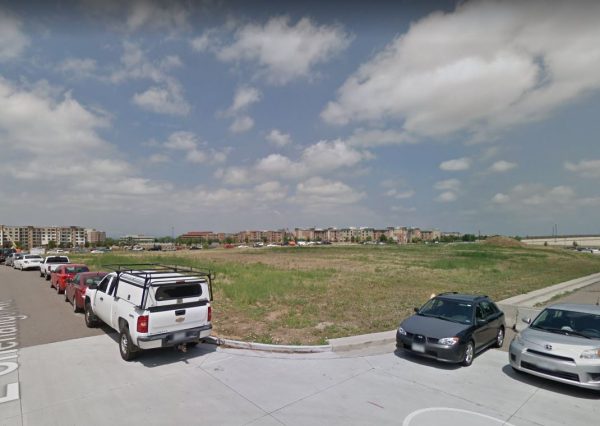 A July 2018 Google Streetview image of the corner where the hotel would be built. (Google Maps)

A 20-story hotel has been proposed for the Belleview Station area within the Denver Tech Center, a short walk from the district’s sole existing hotel, which is also set to be replaced.

The proposed Kimpton Hotel would be built on 0.41 acres at the northwest corner of Chenango Avenue and Olive Street, according to the site-development plan submitted to the city last week.

City records indicate the development plan was submitted by Leon Hurley, who co-founded real estate firm Cypress 16 in early 2018 with Gary Roffe. Both men previously worked at Denver-based Miller Global Properties. Hurley did not respond to a request for comment Friday. 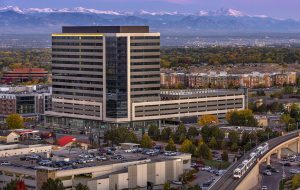 Nearby office building One Belleview Station, home to the headquarters of Western Union, sold in early 2018 for $152 million. (CBRE)

Cypress 16 currently is building one hotel, a Residence Inn, in Steamboat Springs, according to its website.

According to the project plans, drawn up by KGD Architecture, the hotel would have restaurant space on the first floor and 190 rooms starting on floor six.

The land where the hotel would be built is owned by Glendale-based Front Range Land and Development Co., the master planner of the 55-acre site northwest of the Interstate 25/Belleview Avenue interchange. It’s just south of 6900 Layton, the office building being developed by Prime West that will house the headquarters of gold mining firm Newmont.

There’s already one hotel in Belleview Station, although it’s technically outside the area master-planned by Front Range. The Extended Stay America hotel is owned by local hotelier Stonebridge Cos., which earlier this year successfully approached Denver City Council for the rezoning needed to build a much larger hotel on the site.

Stonebridge’s rezoning request was opposed by master planner Front Range on the grounds that a new hotel would benefit from infrastructure funded by other developers and property owners, according to The Denver Post.

City records show Stonebridge has submitted an early-stage development proposal for an 18-story hotel at the Extended Stay America site, and was issued demolition permits for the existing structures this month. 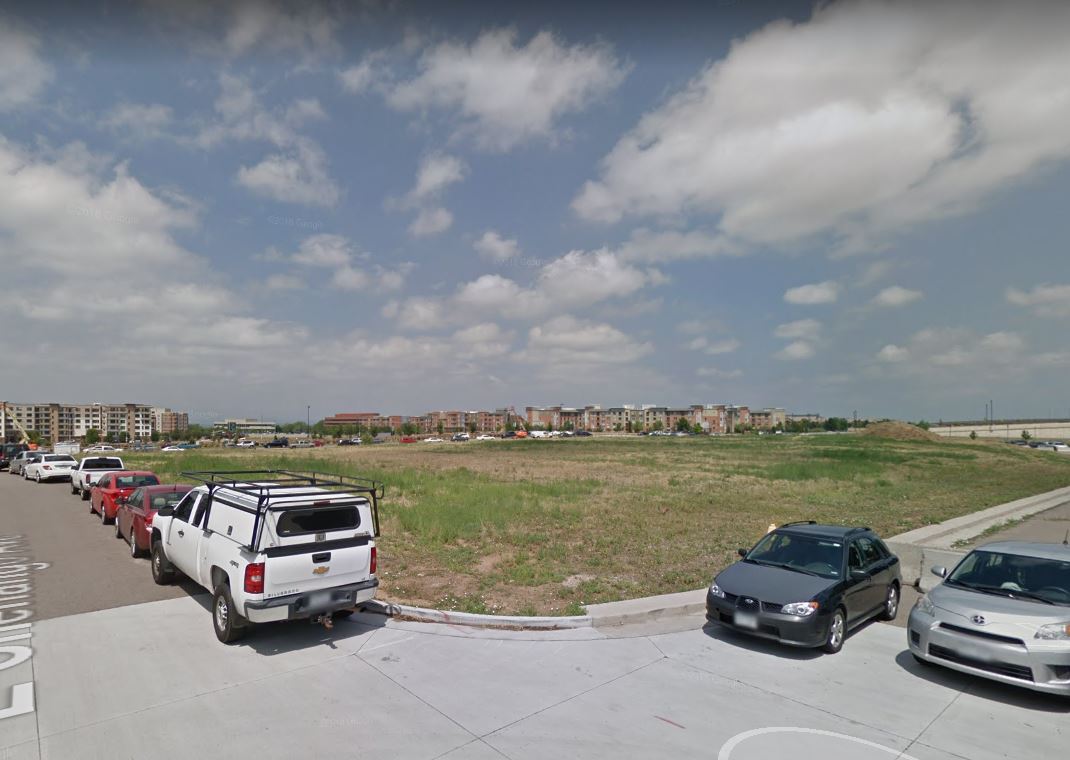 A July 2018 Google Streetview image of the corner where the hotel would be built. (Google Maps)

It would be a short walk from the district’s sole existing hotel, which will be replaced.