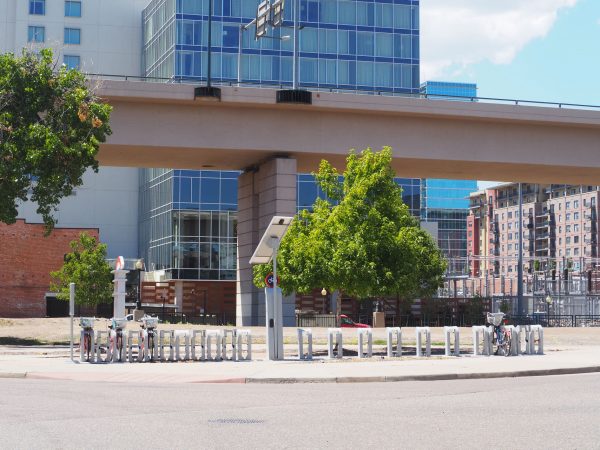 The right of way is home to three trees, a Union Station North sign and a B-Cycle station. (Photos by Thomas Gounley)

The plot is made up mostly of concrete walkways and feels like an extension of the sidewalk. There’s a B-Cycle bike-sharing station, three trees and a sign with the name of the neighborhood, Union Station North.

And nearby residents don’t want to see it go.

“I’m not necessarily opposed to the new hotel, but I prefer that the corner remains the same,” said neighbor Chris Story in a letter to the city.

Denver City Council’s Land Use, Transportation and Infrastructure Committee on Tuesday considered a request that the city give up land adjacent to the 2099 Chestnut Place parcel known as the right of way, with several members expressing concern about the arrangement.

“This is in my district and I’m very uncomfortable with the fact that we’re going to be giving away almost 6,000 square feet to a developer … when we’ve had significant protest from the community,” said Councilwoman Candi CdeBaca. 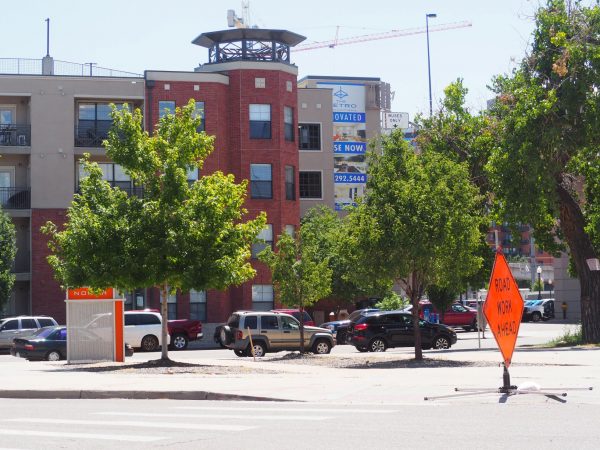 Another view of the right of way.

Property owners routinely ask the city to give up right of ways. Those requests go before council when city staff determine the land is not needed for transportation or utility needs. When the right of way is given up — vacated, in real estate speak — the title to the land is transferred to an adjacent property owner.

According to city documents, 42 individuals reached out to oppose the transfer of the land in Union Station North.

That response is relatively rare. In 2018, according to city documents, two of 17 requests that the city vacate a right of way received public pushback. In 2017, it was six of 22.

The request that the right of way in Union Station North be given up was made by Chestnut Place LLC, which owns the adjacent parcel, right at the entrance to the dense neighborhood behind Coors Field.

Chestnut Place LLC is under contract to sell that adjacent parcel to the development arm of Mortenson, which wants to build an eight-story Courtyard by Marriott hotel on the lot. A rendering submitted to the city shows part of the structure built atop the existing right of way. 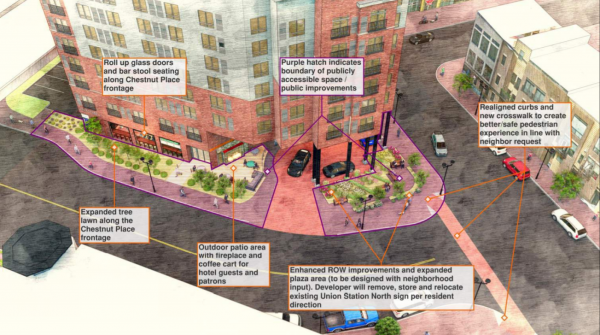 A rendering showing how the proposed hotel would extend over the current right of way at the corner of the intersection. (City records)

Most of the 42 individuals objecting to the transfer used the same form letter, which called the strip of land “a valuable and irreplaceable asset of open space, common walkway and public right-of-way resource,” and said the neighborhood is “a densely populated area and getting denser.”

While a handful of the individuals questioned the need for the hotel, most said they were “fully committed to seeing this underutilized dirt parking lot developed into something valuable,” but felt the measure needed to be considered further.

On Tuesday, a city staff member told the council committee that a review found the right of way is not needed for utility or transportation needs — the B-Cycle station could be moved elsewhere — and thus can be transferred to the adjacent landowner.

But multiple council members asked questions critical of the arrangement and about the possibility of rejecting the request.

Councilman Jolon Clark: “I think there are arguments that could be made beyond transportation and utility.”

Councilman Paul Kashmann, noting the bike-sharing station: “I’m just horrified by giving away 6,000 square feet of land. For me, it would seem reasonable, it would seem clear, that we’re using it for transportation.”

CdeBaca, asking about the possibility of making the area a pocket park: “We’re talking about a little island in an area with a lot of development.”

Council members also criticized the fact that, if the request were approved, the developer would get the land for just $1,600 in fees associated with the request.

“We have people in neighborhoods in my district paying a half million dollars or more for less land than this,” Kashmann said.

But Councilman Chris Herndon noted that the city typically does not pay market value for land when it designates it as right of way in the first place.

The committee voted Tuesday to forward the measure to the full council, an essentially procedural move that does not necessarily indicate committee members will vote in support of it. 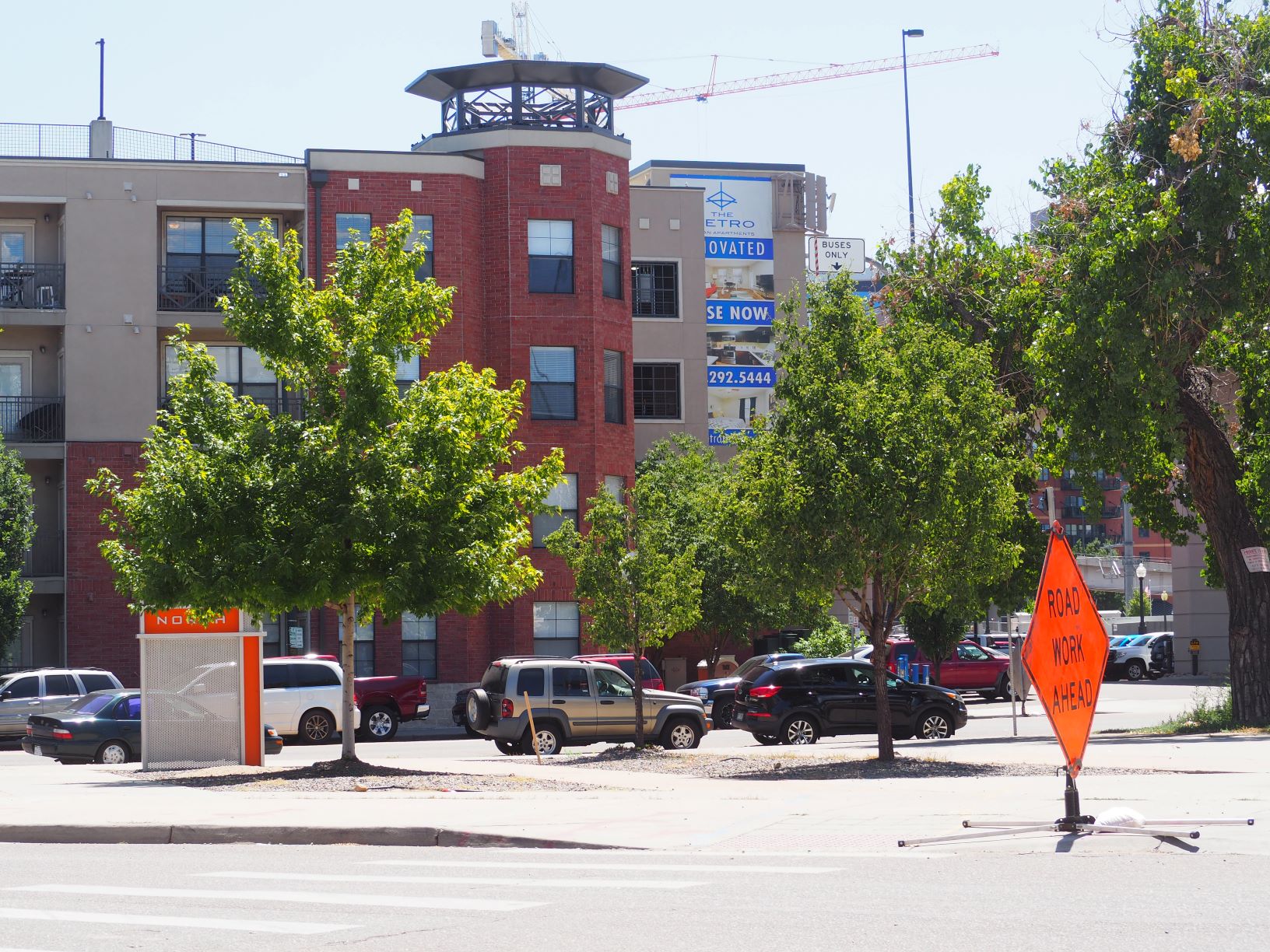 The right of way is home to three trees, a Union Station North sign and a B-Cycle station. (Photos by Thomas Gounley)

The land, currently public right of way, consists of concrete walkways, a few trees and a sign. Residents don’t want to see it go.