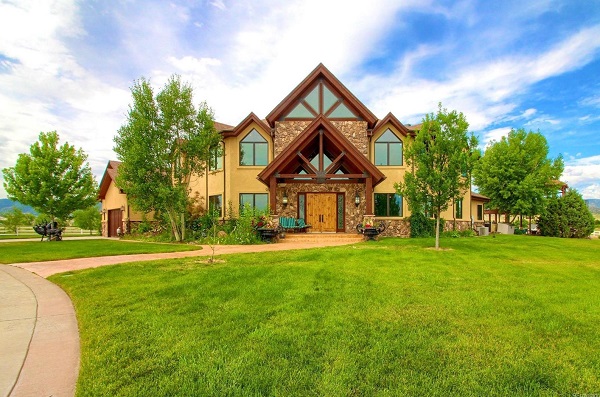 The founder and former owner of a Denver-area Mexican restaurant chain is hoping to say adios to his 25-acre Littleton property.

Felipe Duran, who founded Mexican restaurant El Senor Sol in the early 1990s, has listed his property at 9619 Titan Road for sale at $4.5 million.

Duran sold the El Senor Sol chain to Denver-based restaurant group West Coast Ventures Group Corp. in 2018. A press release on the planned sale said that the Mexican chain had $1.5 million in revenue in 2017. 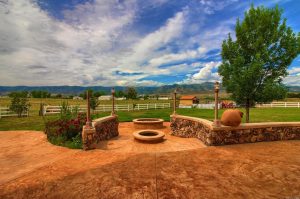 Views from the 25-acre property.

El Senor Sol once had seven locations across the metro area, according to an archived version of its website from 2013. Westword reported in 2017 that the count had dropped to five. The restaurant’s website showed two active eateries as of Thursday, located in Arvada and Evergreen.

Stats: This 10,100-square-foot mansion has seven bedrooms and nine bathrooms.

The finer things: The sprawling 25-acre property has a fence around its perimeter, and offers a second cottage house in addition to its main residence.

The mansion features an indoor pool with a waterfall slide and towering ceilings, overlooked by upper-level bedrooms. The vaulted master suite includes a fireplace and mountain views, and all seven bedrooms have bathrooms ensuite. 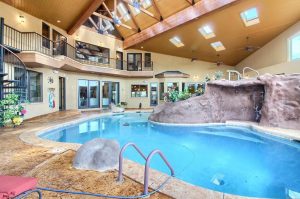 The mansion features an indoor pool with a waterfall slide.

An elevator connects the mansion’s levels, and the basement holds an exercise room and a home theater.

The owners are using the property’s guest home as a rental property, according to listing agent Kim DeGrande.

Sellers: Felipe and Oralia Duran, who purchased the property in 2010 for $2.2 million, according to Douglas County records.

The current owners bought the property in 2010 for $2.2 million.