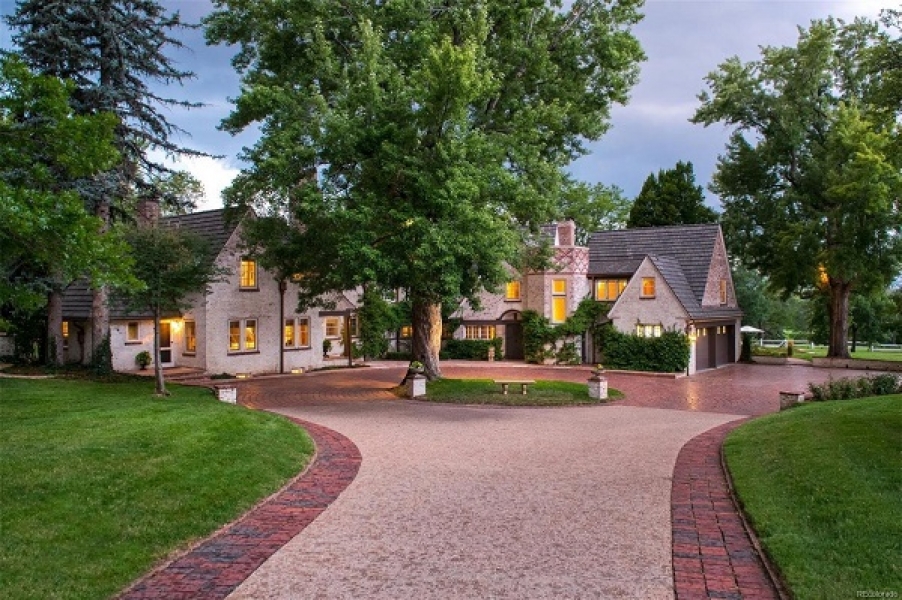 3901 S. Gilpin St.
The mansion is on the market for $10.5M. (All photos courtesy LIV Sotheby's International Realty) 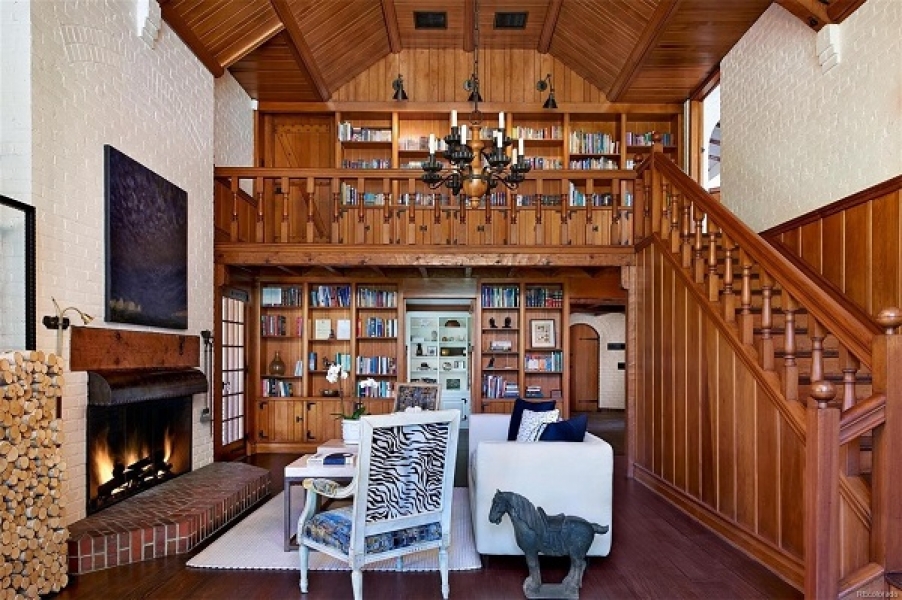 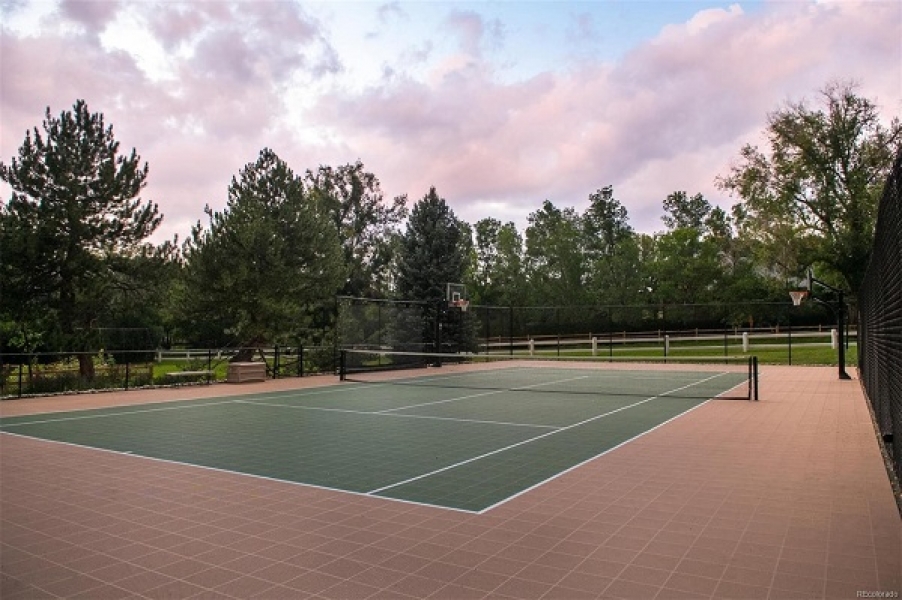 The estate now has basketball and tennis courts. 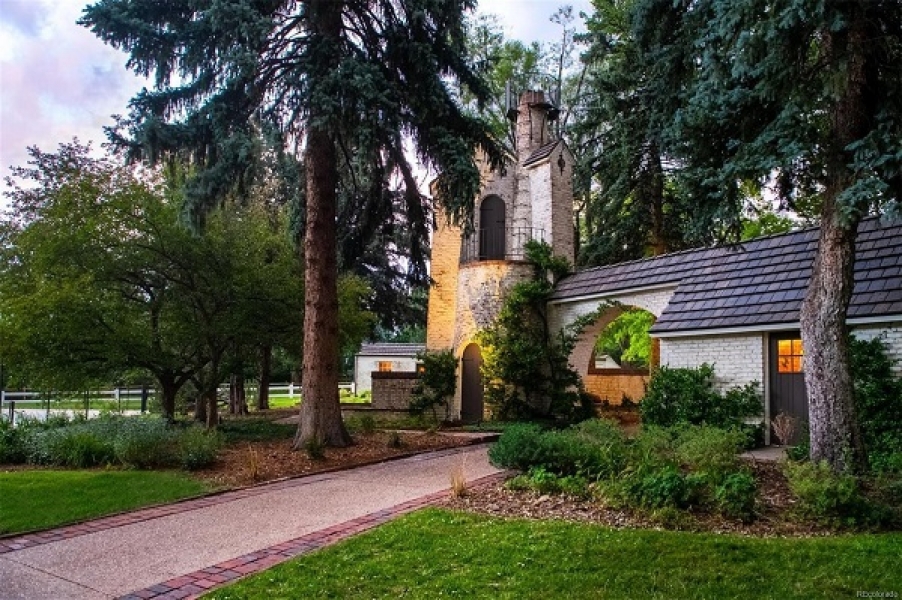 The home was reportedly one of the first estates built in the upscale neighborhood that was, at the time, undeveloped countryside. 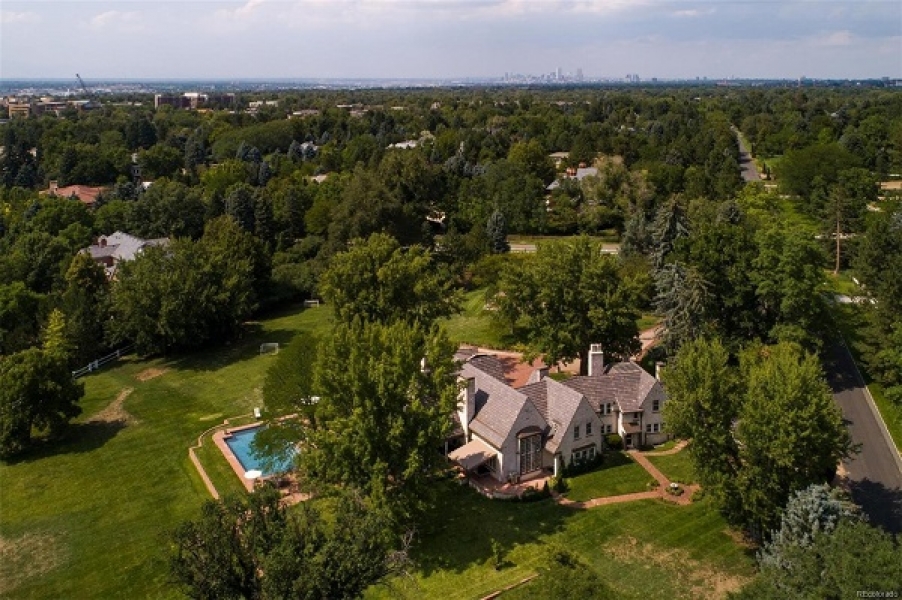 The mansion sits on five acres.

A pair of big-ticket mansions hit the market this month, just a quarter-mile apart in Cherry Hills Village.

Stats: The 8,800-square-foot mansion, built in 1923, holds six bedrooms and seven baths, and is on five acres. 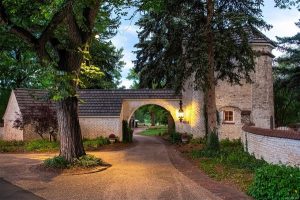 The home still has its original carriage porch.

The finer things: The 1920s-era Tudor home, renovated in 2017, still has its original carriage porch at the end of its brick circular drive. Century-old trees dot the property, which also holds four outbuildings: a garden shed, a pool shed, a chicken coop and a water tower.

Listing agent Christopher Bouc said the home was one of the first estates built in the upscale neighborhood that was, at the time, undeveloped countryside. He said the original chicken coop, though remodeled, stands as it did in 1923, and the land’s original well remains on the property.

A 1999 evaluation of the estate landed it on the National Register of Historic Places, after finding that “virtually no exterior (and few interior) alterations have occurred over the past seventy-six years.” 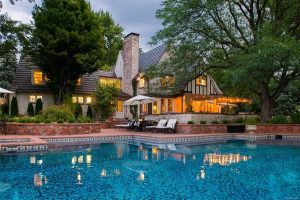 The 1920s-era Tudor home was designed by Merrill and Burnham Hoyt.

Architects: Merrill and Burnham Hoyt, midcentury architects. Burnham Hoyt is most famous for his design of Red Rocks Amphitheater. Together, the brothers designed local structures such as Cherry Hills Country Club and the Denver Press Club.

Seller: Andrew and Shannon Rapp, who purchased the home in 2015 for $7.68 million, according to Arapahoe County records. Andrew Rapp co-founded Petrie Partners, an investment banking firm that specializes in the oil and gas industry. 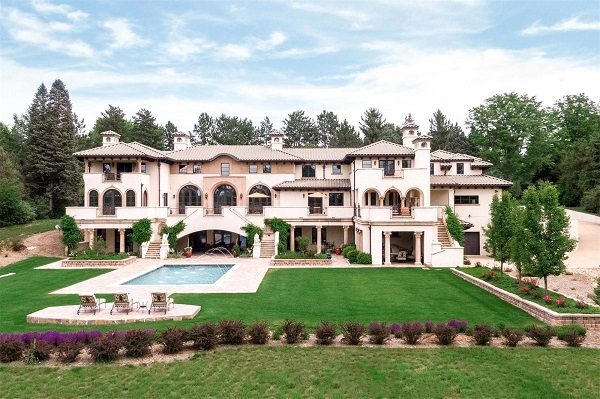 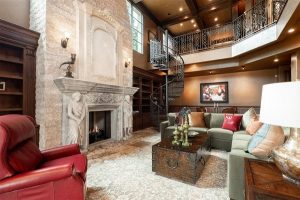 The finer things: The lavish abode includes a two-story office and library, a home theater, a 400-square-foot exercise room, an extravagant imported pub bar and a “wine cave.” An elevator connects the mansion’s different levels, and its mother-in-law apartment has its own entrance.

The megamansion houses 10 imported fireplaces, and has both a “gourmet kitchen” and a separate catering kitchen.

The property is professionally landscaped, and boasts golf course and mountain views. It also features a swimming pool with fountains, an outdoor entertainment bar and a 16-car garage “for the auto enthusiast.” 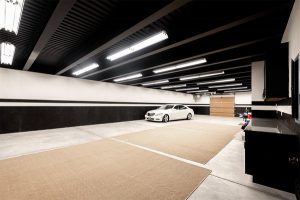 The estate includes a 16-car garage.

Seller: Sidney Eugene Edwards Jr. and Marcie A. Edwards, who purchased the estate in 2014 for $5.25 million, according to Arapahoe County records. Gene Edwards is an energy executive in Texas. 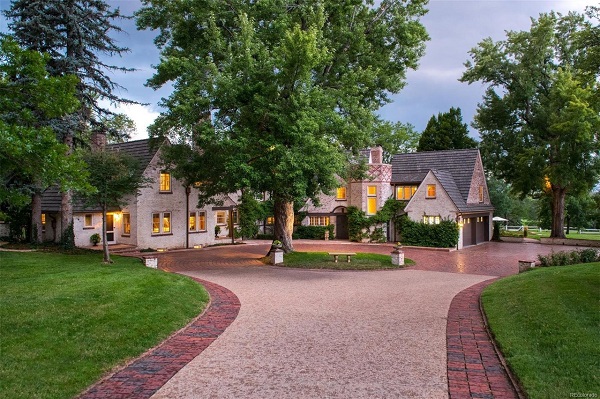