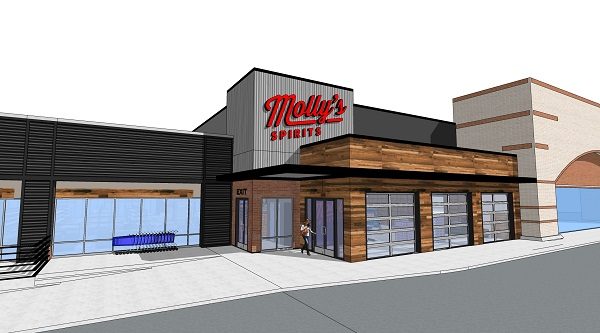 A large liquor store in Lakeside is one of the first in the state taking advantage of a new law that allows the businesses to go for round two.

“We wanted to be far enough from the existing Molly’s that we wouldn’t cannibalize sales,” owner Rufus Nagel said. “The south side seemed to be a good place because there aren’t any high-end liquor stores. And part of the reason is that it’s immediately adjacent to Sprouts, and Sprouts doesn’t offer beer.” 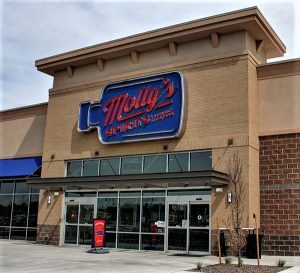 The second location for Molly’s — which is named after the Denver resident and Titanic survivor who became known as Molly Brown — is made possible by the same law that allowed grocery and convenience stores in Colorado to sell full-strength beer as of Jan. 1, 2019.

Prior to the enactment of the law, a retail liquor store could obtain only one liquor license specific to one location. Now, liquor stores can slowly add to their footprint, with two locations allowed this year and one new location every five years after that, according to Molly’s Spirits. The same group of 13 investors are behind both locations.

Nagel said he knows of only one other liquor store locally in expansion mode: Mr. B’s Wine & Spirits in downtown Denver has opened a second location in Aurora’s Stanley Marketplace.

“It’s a response to the marketplace,” Nagel said of the second location. “I’m a huge believer that when others retreat, we should advance.”

In Greenwood Village, Molly’s Spirits South will occupy 25,000 square feet in a building it shares with Sprouts.

The business is taking over the space of the shuttered Incredible Wine & Spirits, which closed in July 2018 citing “tremendously high rent increases.” That business’ owner, Gary Dragul, was indicted on nine counts of securities fraud in April 2018, and five additional counts in March. 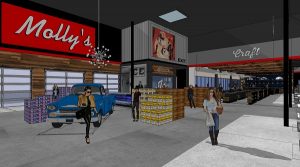 “He wasn’t paying rent,” Nagel said. “The judge in the case worked it out with the landlord, so when (Dragul) got indicted they took over the space — the landlord was stuck with the space and didn’t know what to do with it. Luckily, we had a relationship with a broker for the space and they reached out to us.”

Nagel said the rent is “very reasonable,” because the business signed a 20-year lease and is pouring $4 million into building out the space.

“We gutted it to a shell,” he said. “It’ll be totally unrecognizable.”

Molly’s South will hone in on the delivery element that Nagel said is a big differentiator for the business.

“What consumers want is delivery within an hour, so we figured out how to do it,” he said. “That’s more important than anything — more than selection — getting it in their hands in an hour.” 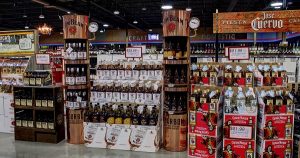 Molly’s Spirits South will open in Greenwood Village by year-end.

Nagel retrofitted the business’s original location to accommodate eight electric cars used for delivery, and will start out with 10 at its south storefront. But he’s made sure the new location had the space, and the electrical capacity, to double that number if needed.

Nagel said he ended up in the liquor business “accidentally” while looking for a stable investment.

“I thought I would just be an investor, but I got excited by the industry,” he said. “Liquor laws in Colorado are different — it’s hard to break into the liquor industry in other states. Once I started looking at it, I saw core practices that I thought could be done much better, and I got excited about being actively involved in the industry.”

Molly’s Spirits is adding a location in Greenwood Village, which wouldn’t have been possible prior to this year.