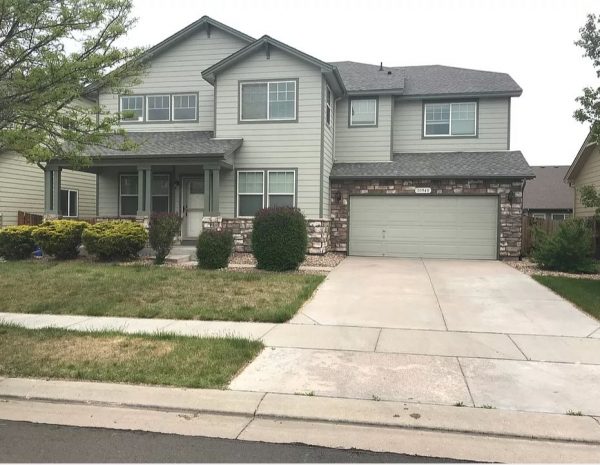 It began with a three-bedroom house in Green Valley Ranch.

Zillow purchased the home at 20485 E. 55th Place on Nov. 13 for $350,000. It was the Seattle-based company’s first home buy in Denver, the fourth city where it launched its Zillow Offers division — an algorithm-driven business where, like other “iBuyers,” the company re-lists homes it purchases for sale within days after minor improvements.

Zillow launched in Denver within days of Opendoor, the largest of the iBuyers.

The Green Valley Ranch home is one of 139 that Zillow purchased in the Denver metro area through mid-May, a period that roughly corresponds with the company’s first six months in the Denver market, according to a BusinessDen review of public records. During the same period, Zillow re-sold 55 homes.

On average, Zillow re-sold the homes for $11,257 more than it paid for them, records show. Like Opendoor, however, the company emphasizes that it isn’t trying to maximize the flip. Instead, it claims the primary source of revenue is fees it charges to home sellers. 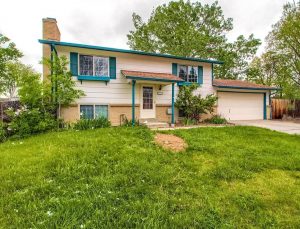 “We’re trying really hard to have that delta be as small as possible,” Zillow spokesman Viet Shelton said of the difference between purchase and resale prices.

Here’s a closer look at Zillow’s first six months in Denver (click here for our recent look at Opendoor):

The company has somewhat more expensive tastes than Opendoor, which BusinessDen found paid an average of $373,767 for the 201 homes it bought during the same period, and paid a maximum of $542,500 for a home.

Zillow has bought homes in all six counties that comprise the Denver metropolitan area, with an emphasis on the suburbs: 48 homes in Douglas County, 33 in Arapahoe County, 20 in Adams County, 17 in Jefferson County, 14 in Denver County and seven in Broomfield County. In total, the company has spent $57.4 million, records show.

In all of those transactions, Zillow sold the home at a price equal to or greater than the price the company paid. That contrasts with Opendoor, which sold homes at a loss 20 percent of the time.

On average, it has taken Zillow 59 days to sell its Denver-area homes. That figure doesn’t take into account homes that the company purchased early on but has yet to re-sell.

Shelton, the Zillow spokesman, noted that figure doesn’t mean a home typically spends 59 days on the market, because it also reflects the days that Zillow spends working on a home before re-listing it, as well as the period during which the home is under contract to be sold.

He said Zillow’s homes in Denver are averaging about 11 days on MLS.

Like Opendoor, Zillow primarily aims to make money off the fees it charges sellers.

Those fees vary by home, and — unlike sale and purchase prices — aren’t disclosed in public records. Unlike Opendoor, Zillow declined to disclose the average fee it’s charging in Denver. Shelton said the average is 7 percent across all 10 markets where Zillow Offers operates.

“There’s been a range of about 6 to 9 percent nationally,” he said.

A 7 percent fee means that an individual selling a home to Zillow for $400,000 owes the company $28,000. Zillow said this covers some work done on the home — standard things such as changing locks and cleaning — as well as costs associated with holding and selling the property. And it pays a commission to the buyer’s agent. 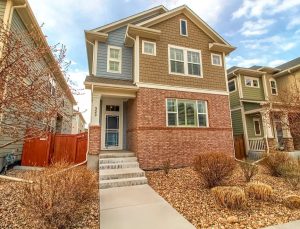 Zillow said the “service fee” is essentially a charge for the convenience it provides. The fee doesn’t cover more extensive work or repairs that some homes require; sellers are charged more for that.

When homeowners request an offer from Zillow, the company gives them an initial figure based on its algorithm. The offer is finalized after an agent visits the home.

If customers see that comparison and decide to sell their home the traditional way, Shelton said, Zillow is happy to connect them with an agent. The company then makes money from that referral fee.

“We’ve set up a product where we think we can help every seller in the market,” Shelton said.

Zillow also has a home loans division following the 2018 acquisition of what was formerly Mortgage Lenders of America, now Zillow Home Loans.

The setup illustrates how Zillow Offers feeds into other components of the company’s business. It’s one way Zillow Offers contrasts with Opendoor, which is more focused on buying and selling, although the company is also getting into the home loan business.

Opendoor has more experience in the iBuyer space; the company was founded in 2014, while Zillow launched Zillow Offers in spring 2018. Shelton said the company expects Zillow Offers to hit the $20 billion mark in annual revenue in the next three to five years, which he said would correspond with the company buying 5,000 homes a month.

And while home prices in the United States generally have appreciated upward in recent years, Shelton said Zillow is “always cognizant of the fact that the markets will fluctuate,” and believes the Offers business model will work in a down market.

The company still will be focused on selling homes quickly, he said, not holding for long periods of time. But the fee “will change accordingly for local market conditions.” Shelton said down markets are a time of uncertainty for sellers, and Zillow Offers will be able to provide them with certainty.

“We think we can adapt quickly,” he said.

Shares of Zillow closed at $45.65 on the Nasdaq Wednesday afternoon, up approximately 50 percent in 2019. In the first quarter, Zillow Offers reported an operating loss of $45.2 million on revenue of $128.5 million, according to Marketwatch.

How we reported this story: Zillow Offers has been making all its purchases in the Denver metro area as “SPH Property One LLC” or similarly named entities. BusinessDen staff reviewed all purchases and sales made by those entities and recorded by Adams, Arapahoe, Broomfield, Denver, Douglas and Jefferson counties through May 17.

View our data: To view our resulting spreadsheet, with info on every deal, click here.

Zillow has spent $57 million so far and bought homes in all six counties that make up the Denver metropolitan area.