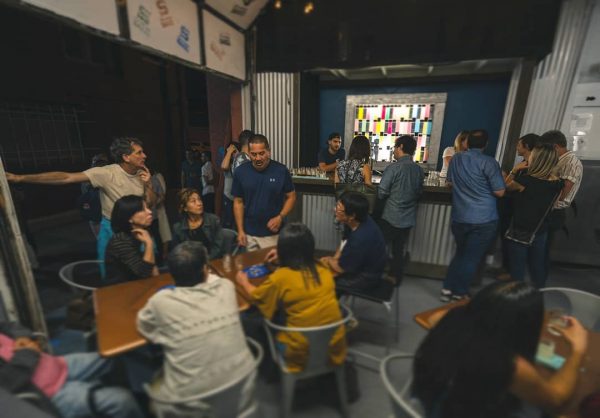 Out with the grapes and in with the rice.

After less than a year in business, Colorado Sake Co. is expanding its tasting room and production facility in RiNo. It plans to take over the entire 3,000-square-foot space it has been sharing with Wine & Whey at 3559 Larimer St.

The maker of sake — a Japanese alcoholic beverage made by fermenting rice — has been subleasing 850 square feet behind the wine and cheese shop. But with Wine & Whey closing in favor of offering mobile cheese-making classes around the country, Colorado Sake co-owner William Stuart plans to be in the new facility this summer.

“It’s basically going to allow us to produce four times what we’re now producing, and be open more nights,” Stuart said. “Right now, our issue is we can’t make enough and the days we’re open, I can’t make sake.” 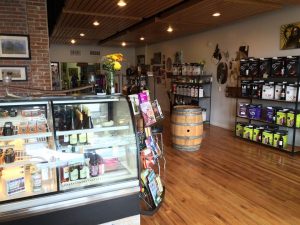 Stuart said he’ll expand the number of sake taps from six to 12 in his new tasting room, which will be open Tuesdays through Sundays.

Stuart says he plans to purchase a new press, which costs $50,000, that will help make the fermentation process more efficient, as well as four 2,000-liter tanks that each cost $6,000. Stuart currently has seven 400-liter tanks.

“We think that should be enough to supply Colorado, the mountains and hopefully expansion there,” he said.

“It’ll just allow us to hit a different demographic,” he said. “It’ll allow us to get into Red Rocks and Coors Field.”

Stuart, 27, has spent much of his professional life working in Japanese restaurants, including Matsuhisa in Cherry Creek. 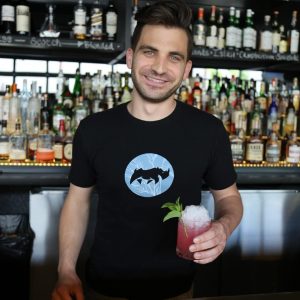 “Over that five-year span, I probably tried about 200 different sakes,” he said. “I tried some American stuff, and I thought, ‘This is a bad indication of what sake is.’ I just thought in my head, ‘I could do this better.’”

Three years ago, he bought a home brew kit and started using Wine & Whey’s wine press. The owners of Wine & Whey told him they were leasing out their back space, and Stuart jumped on the opportunity to make his sake there.

Before opening Colorado Sake Co. to the public, Stuart enlisted the help of Colorado Sen. Lucia Guzman, D-Denver, to change a Colorado law so that he could produce sake and have a tasting room in the same space.

“Under the previous law, we were making beer and selling wine, and wineries can’t sell beer,” he said. That applied to making sake because that process is similar to producing wine.

Guzman was able to get a bill passed to change the law, which went into effect last August. Stuart opened for business in RiNo in September. Rent at the location is $20 per square foot, Stuart said.

He said he’s one of 10 sake makers in the U.S. In his first eight months of business, Colorado Sake Co. generated $170,000 in revenue, 60 percent of which came from its tasting room. Because of limited production space, Stuart said he’s essentially been capped at about $15,000 in monthly revenue. 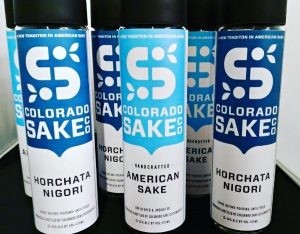 Colorado Sake Company offers a variety of flavored sakes that are sweeter than the original Japanese product.

Unlike Japanese-made sake, which contains 20 percent alcohol before it’s watered down to 16 percent, Stuart said he stops his fermentation at 16 percent alcohol, which creates a sweeter taste. Current flavors include blueberry hibiscus, sparkling ginger lemon, citrus watermelon and more.

Stuart has his eyes on Boulder and Fort Collins for expansion after Denver.

“The goal is to open one tasting room every year for the next three years,” he said. 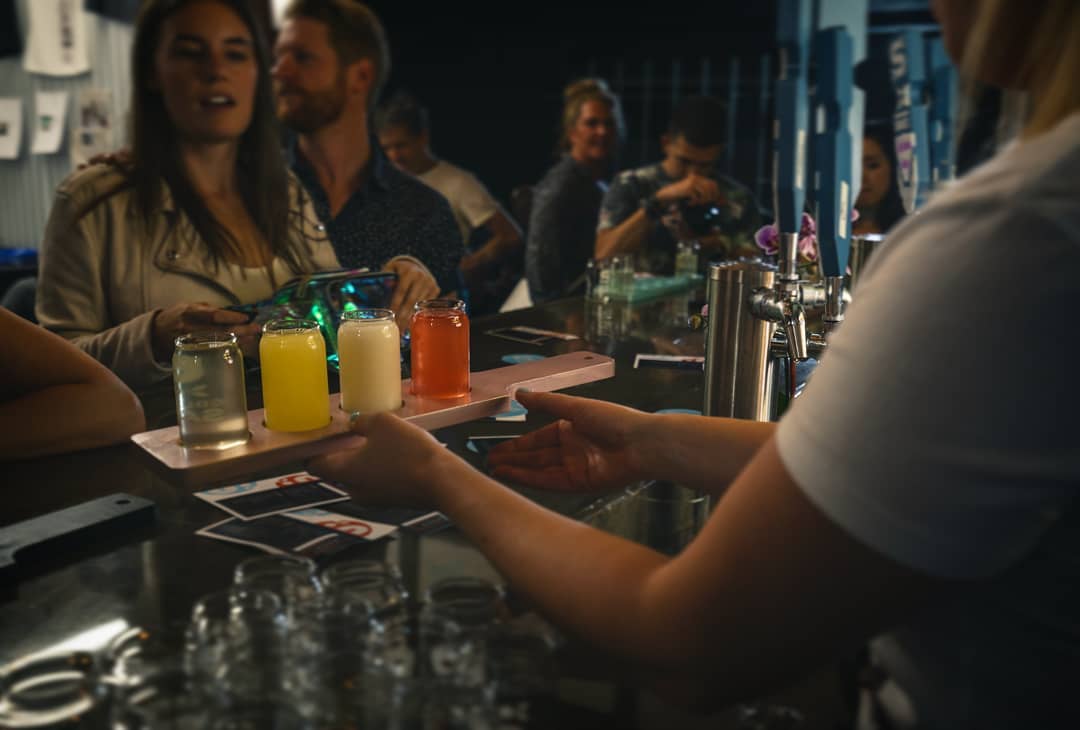 Colorado Sake Co. has been subleasing space from Wine & Whey. But with the wine and cheese shop closing, it’s taking over the whole unit.