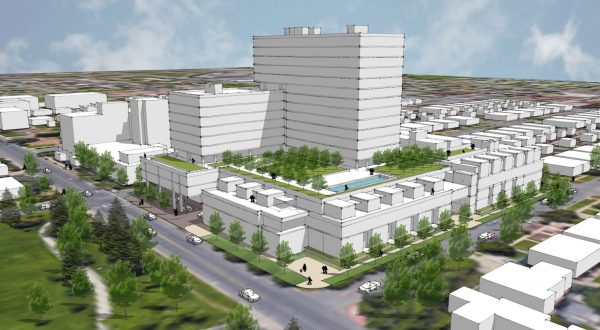 An image showing the general scale of the proposed development. (Zocalo Community Development)

A developer’s proposal to remake a site at the southeast corner of Sloan’s Lake Park is heading to City Council with a hefty dose of neighborhood opposition.

Denver-based Zocalo Community Development, led by David Zucker, wants to construct approximately 160 income-restricted apartments and 160 for-sale condos — the vast majority of which would be market-rate — along Newton Avenue between 16th and 17th Avenues, on what is now a parking lot next to a hospital.

The project, which would utilize federal low-income tax credits, would top out at 16 stories, toward the center of the site. But Zucker’s plans depend on a rezoning, so for more than 2 1/2 years, he and representatives have been meeting with neighborhood groups — nearly 20 times in all, according to the rezoning application.

As of Tuesday, however, the Sloan’s Lake Neighborhood Association opposed the rezoning. The West Colfax Association of Neighbors wanted the decision delayed. A city official characterized a recent Planning Board meeting as “more opposition than support.” Of neighbors that opted to write in to the city, 32 of 39 were against the rezoning.

“The streets and parking in this area will become impassable and impossible,” wrote one nearby resident, Laurel McFerrin. “The proposed height of this new structure will look ridiculous and incompatible with the rest of the area.”

“Does this size and scale recognize the neighborhood at all,” wrote another, Schuyler Cayton. “From my perspective as a 9 year resident of the community the answer is NO.”

“We’re not surprised, because it’s a big project,” he said.

But Zucker also said that, essentially, he believes the project would deliver what Denver residents and leaders say they want — affordable housing — and that projects like it have to go somewhere. 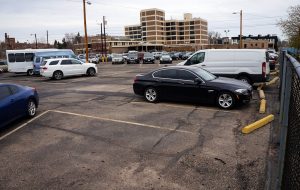 “It’s absolutely a neighborhood issue, but it’s also a city issue,” he said.

Zucker made the comments to reporters after a City Council committee considered his rezoning request, and voted to send it to the full body for a vote. It is expected to be on the agenda of the June 24 meeting.

Councilman Paul Lopez, whose district includes the site, is sponsoring the rezoning.

“I don’t mind being unpopular here and there,” Lopez said.

The site of the proposed development is owned by Lowell17 LLC, which Zucker previously described as a family trust. The trust also owns the Sloan’s Lake Medical Center, which houses Colorado Acute Long Term Hospital and Sloan’s Lake Rehabilitation Center, according to on-site signage. The medical center would not be affected by the development plans. The trust and Zocalo would share ownership of the development.

The land is currently under planned unit development zoning, specific to a long-abandoned development plan, which allows for up to two 110-foot buildings at the site.

The rezoning Zocalo has requested would allow for the same square footage of building space as the current zoning, but would allow the company to build higher at the center of the block and lower close to its edges.

Plans for the project call for two new buildings and a parking garage. The first structure would be built at the southeast corner of Newtown and 17th, and feature about 160 for-sale condos. The base of the structure would be three floors, but portions of it would rise to 10 and 16 stories.

Seven percent of the units would be income-restricted for 99 years, reserved for those making up to the area median income. But the rest would sell at market rate.

“Those units then help to pay for the affordable, so there’s no other city subsidy that’s required,” Zucker said Tuesday.

South of the condos, at the northeast corner of Newton and 16th, Zocalo wants to build a five-story building with the apartments. All of them would be income-restricted for 30 years: 80 percent reserved for those making up to 60 percent AMI, 15 percent up to 50 percent AMI and 5 percent up to 40 percent AMI.

The project also would have about 10,000 square feet of retail space, a chunk of which would be rented out to a community organization at a cost limited to operating expenses.

Zucker said Tuesday that he hopes to break ground on the income-restricted apartment building as soon as the rezoning is approved. The market-rate component of the project likely would break ground after that building was finished. 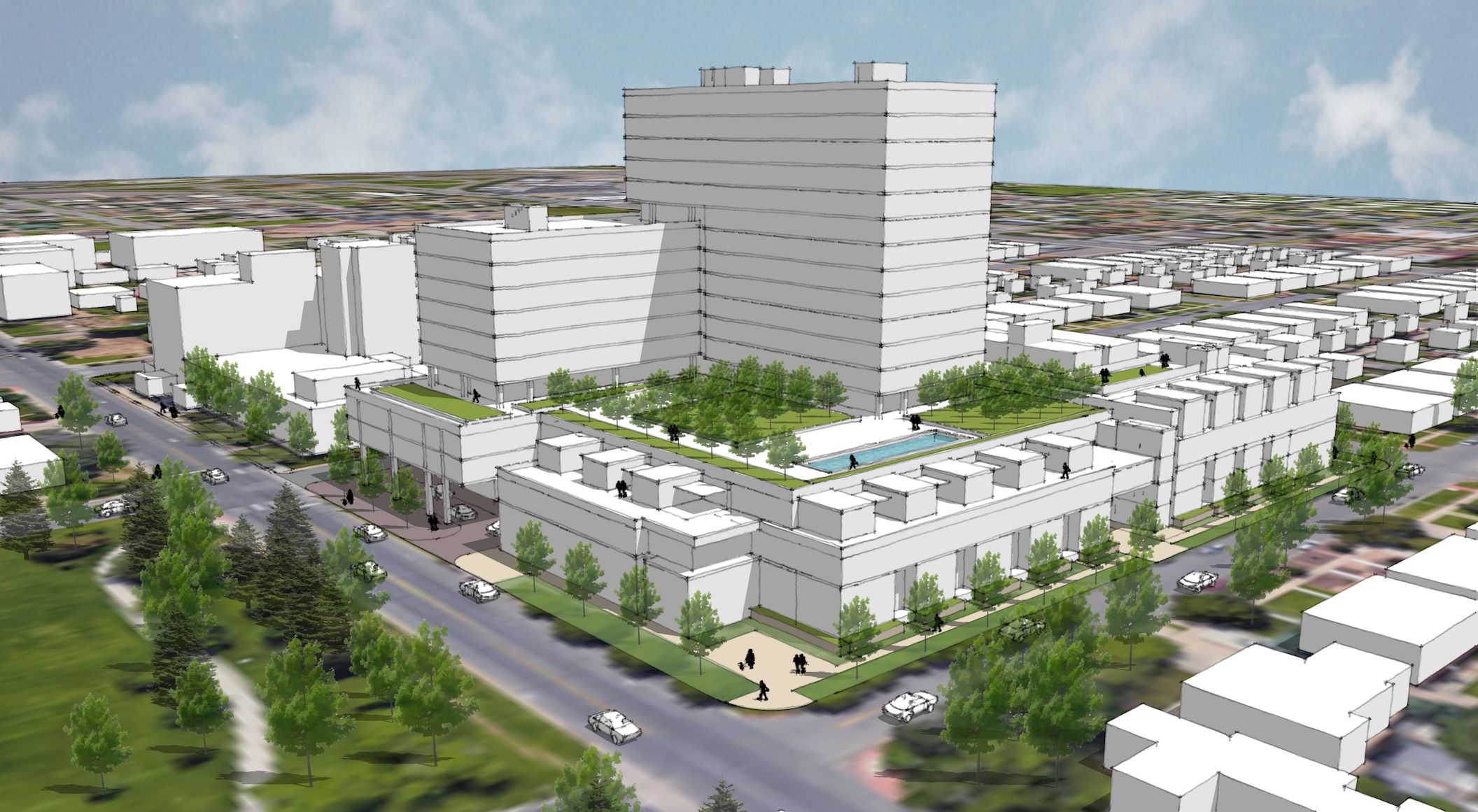 An image showing the general scale of the proposed development. (Zocalo Community Development)

Zocalo Community Development met with neighborhood groups nearly 20 times in the past 2 1/2 years about its rezoning request.

I hope the NIMBYs lose this one. If the developer is keeping to the currently allowed square footage, then the rezoning is a positive with making the outer buildings shorter than allowed. We need more of exactly this kind of development to house new and existing residents. Sprawling further out onto the plains and increasing overall driving has long ceased being sustainable.

We NEED AFFORDABLE housing, based on income. We also need free parking lots for residents and parking that is affordable throughout Denver. The entire area of Colfax SHOULD be leveled and rebuilt as far as I’m concerned.