The owner of a coworking space at Stanley Marketplace in Aurora has walked away from the business, three months after another such space closed in RiNo.

Marc Feder, owner of Union Stanley Coworking, located on the second floor of Stanley Marketplace, told BusinessDen he handed over the keys to the complex’s property manager, Westfield, on Friday, March 28.

He declined to comment further. Members still were working in the space on Thursday. A Westfield representative said Stanley Marketplace is continuing to operate the coworking business in the near term, but that long-term plans for the space haven’t been solidified.

Access to Union Stanley Coworking cost $15 per day or $450 per month for a dedicated desk, with private offices starting at $1,000 per month, according to its website. 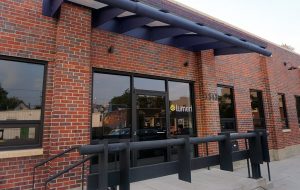 Meanwhile, in RiNo, ESQLegal has closed its coworking space for lawyers at 3343 Larimer St., which it opened in 2017, said owner Yev Muchnik.

“As of the beginning of this year, we didn’t have a physical location,” Muchnik said, adding that she’s shifting ESQLegal to a virtual business model. Muchnik said she’s still working out the details, but said it will involve giving attorneys and potential clients access to legal resources.

Muchnik said she had about 15 members at the 5,000-square-foot RiNo location, and 30 to 40 virtual members. She said 1 1/2 years into the business, she was almost at capacity and was breaking even.

“Lawyers are very specific as to their physical requirements,” Muchnik said. “Not all lawyers are open to open-desk coworking,” partly because of the often-confidential nature of their work. 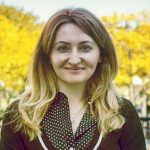 Another challenge was overcoming the competitive nature of lawyers working in the same space and vying for the same clients, she said.

“An offer came in to take over the entire space, and it just made sense,” she said.

And in RiNo, a shared office designed for attorneys has shut.