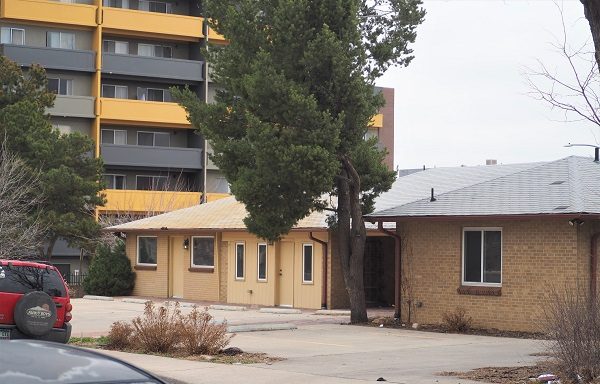 A developer wants to build 103 apartments on the border of Glendale and Denver.

A site-development plan was submitted to the city of Denver in late March, proposing the project at 900, 910 and 950 S. Dexter St.

RB Dexter Five LLC purchased the three parcels, which add up to 1.1 acres, in separate deals in October, paying a combined $3.5 million. Currently, there is a single-story residential building on each of the lots.

Those buildings, which according to city records date to the 1950s and 1960s, would be demolished to make way for the proposed project. The plans call for a five-story building, the maximum height allowed at the site. 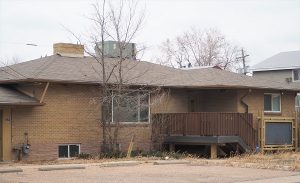 Another of the structures that would be demolished to make way for the building.

Most of the apartments would be one-bedroom units, with a handful of two-bedroom ones sprinkled in, according to the plans. The smallest units would be 602 square feet.

The LLC that owns the property lists an Akron, Ohio, office address associated with Botnick Realty Co., which according to its website owns rental properties in Colorado, Ohio and Georgia. The company’s registered agent is Brian Botnick.

Attempts to find direct contact info for Botnick were unsuccessful, and the “contact us” page of Botnick Realty’s website was not working as of Wednesday. A staffer at OZ Architecture involved with the project and an attorney who helped register RB Dexter Five LLC did not respond to separate requests for comment.

Within a block of the site, three apartment complexes sold for a combined $56.35 million in October, and another complex sold for $26.75 million earlier this year.