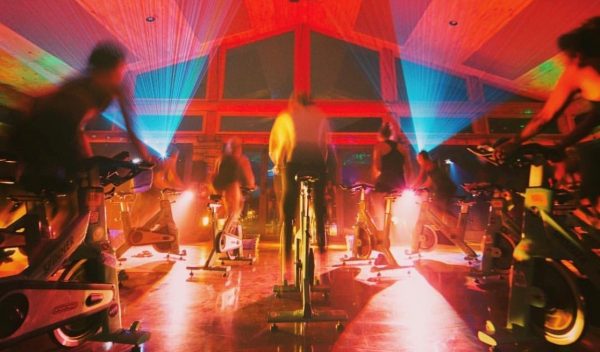 A food hall-inspired “wellness marketplace” coming to the Highlands has landed its first fitness tenant.

Cycling studio Rhythm Revolution is backpedaling out of its space at 4970 E. Colfax Ave. in Park Hill and moving into Nurture, the marketplace filling a former school at 2949 Federal Blvd.

“This is like being a part of a village with the same goal, the same belief,” Rhythm Revolution owner Jasmine Anderson said of the studio’s future home.

Nurture purchased the two-story, 20,700-square-foot building near the intersection of Speer and Federal boulevards in December for $6.1 million. The project will bring together office and retail tenants in the beauty, health and fitness sectors under one roof. 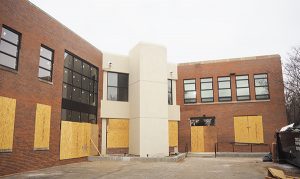 The building at 2949 Federal Blvd. in Denver sold for $6.1 million. (BizDen file photo)

Rhythm Revolution, which is taking 1,000 square feet, will be one of two fitness studios that will be the project’s anchor tenants.

Anderson said she was drawn to Nurture because of the location, not to mention the project’s planned amenities: showers, a day care, restaurant, juice bar and more.

Rhythm Revolution’s lease on East Colfax is up this month. Until Nurture opens, Anderson is taking her bike show on the road.

She has set up what she calls “live cycling concerts” in Denver at RiNo nightclub Yeah Baby, the Dairy Block and other venues throughout the spring and summer. She hires DJs to play music for the live cycling classes.

“That is our way of still remaining relevant through the spring and summer,” Anderson said. “This whole road show might take on a whole life of its own and turn into two businesses.”

Anderson, 39, was inspired to get involved in the fitness industry 11 years ago at a small studio in Texas, where she was frustrated by the instructor because she didn’t like his music and he wasn’t teaching to the beat.

“After a couple months complaining to my husband, my husband was like, ‘You know, maybe you should put your money where your mouth is and teach the class yourself,” she said.

She moved back to Colorado in 2009 and worked at Pura Vida, where she earned fitness certifications. She even developed a teacher training program to help instructors learn the science behind syncing music to movement.

“That is really the basis for the rhythm revolution,” she said. “I teach people how to listen and identify the different tempos within the song, so they can choose which tempo to teach to.”

Before Anderson opened her studio in Park Hill three years ago, she had been hosting live cycling events all over Denver, including at Fitness in the City and The River Yoga.

In her new space at Nurture, Anderson plans to double the number of classes offered each week, from 30 to 60. She has 12 instructors and plans to hire 10 more. Like the studio’s current classes on East Colfax, the studio will incorporate yoga, Hiit and barre movements.

“My plan is to scale with Nurture, and that includes more locations,” she said. “I love everything they’re doing. I’m thrilled to be a part of their business.”

Rhythm Revolution will be one of two anchor fitness tenants in food-hall-inspired Nurture.