Barre Forte is one of the studios participating in the Fitness Class Pass in Vail. (BusinessDen file photo courtesy Barre Forte)

The company behind many of the newspapers covering Colorado’s mountain towns is targeting gym-goers for an additional revenue source.

The passes are available in Aspen, Vail and Grand County, with six gyms specific to each area. Colorado Mountain News Media, a subsidiary of Swift Communications, owns the Aspen Times, Vail Daily and Sky-Hi News in Granby, as well as other publications. 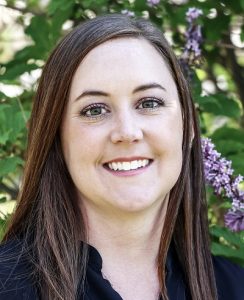 “The idea came from our events manager, who works for all of Colorado Mountain News Media,” Trainor said. “She had the idea of offering a variety of fitness classes to the community at a low cost.”

The program started in Aspen in December, and expanded to Vail and Grand County this month.

Colorado Mountain News Media has capped the number of passes available in each market at 150. Trainor said Aspen sold out quickly, while Vail and Grand County still have passes available.

“It’s very possible it will get expanded to our other papers as well,” she said.

The $89 pass gives holders access to one class per month at each of the six local gyms — a total of 36 classes at a cost of about $2.50 each if all are used.

The model resembles that of New York-based ClassPass, which gives customers credits that they can use to book classes at hundreds of participating gyms, including more than 300 in the Denver area. ClassPass doesn’t operate in Colorado’s mountain towns.

“We keep 100 percent of the revenue from the passes as the media outlet,” Trainor said. “In exchange, we don’t ask anything from the gyms.”

Gyms do not get paid to be part of the program; instead, Trainor said, they view it as free marketing.

“We have the best way to be able to promote something like this in our counties,” Trainor said. “Our goal ultimately is to market these passes and get people in the doors of the gyms.”

The newspapers advertise the Fitness Class Passes online, in print, and through their social media and email channels.

“Most gyms were really excited to do it,” Trainor said. “They thought it was a really good idea to just get new people in their door and freshen up their membership, without having to put in any effort.”

Barre Forte is one of the studios participating in the Fitness Class Pass in Vail. (BusinessDen file photo courtesy Barre Forte)

The company that owns the Aspen Times, Vail Daily and Sky-Hi News in Granby is offering a kind of localized ClassPass.