If you ask a Denver gym owner about ClassPass, be prepared to get an earful.

On ClassPass, customers pay monthly subscriptions for access to classes at thousands of studios, including about 300 in the Denver area, which pays for anywhere between three and 14 group fitness classes per month.

Four years after the company launched in Denver, gym owners simultaneously love it for the flow of new customers who fill sparse classes and loathe it for eroding the perception of what a membership should cost.

“If you’re a studio opening in Denver, I don’t know if you really have a choice of whether to be on ClassPass or not,” said Amy O’Connell, co-owner of Barre Forte, who said she draws about 20 percent of her overall members from ClassPass. 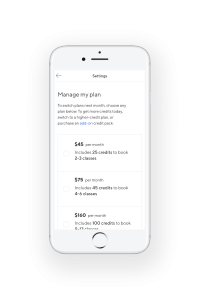 ClassPass charges Denver users between $39 and $99 per month, according to the company’s website, for between 21 and 60 credits, which customers then can use to book classes at participating studios. One class typically costs multiple credits, sometimes more than 10.

The pitch to gym owners is fairly straightforward. ClassPass, which said users have used it to reserve 60 million spots in classes, can increase their profile, and potentially help them fill classes during slower times.

But at the same time, most fitness studios’ business models revolve around selling monthly memberships specific to that studio. Meanwhile, ClassPass’ website reads, “Committing is hard — so don’t.”

“I think my biggest (gripe) with them is their advertising,” O’Connell said. “They’re basically slapping us in the face.”

While she loves her ClassPass clients, O’Connell worries that if left unchecked, ClassPass could end up running Denver fitness studios out of business through its discounted class rates.

“I think my fear is that they’re going to create a situation where there’s more ClassPass people than actual clients,” she said. 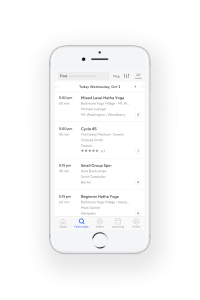 People can book a class with a few finger taps through the ClassPass app.

For one, the app gets studios in front of its users; they can book a class with a few finger taps. ClassPass helps them fill up classes during slower times of the day, and users can leave anonymous reviews to help owners improve their operations.

ClassPass did not return requests for comment, but co-founder Payal Kadakia told The New York Times Magazine in 2015 that the startup wants to help studios grow and does not want to “cannibalize their loyalists.”

ClassPass pays studios a certain cut of a member’s monthly membership, based on the number of credits customers spend on their classes.

That cut varies. Beth Bedingfield, owner of LoDo Lagree studio Transform Colorado, said she negotiated a $12.50 minimum with ClassPass and gets up to a $22 premium per ClassPass customer for busier class times. For comparison, Transform charges $30 to drop-ins who don’t have a Transform membership.

Bedingfield said last summer, ClassPass gave studio owners more control of pricing and restrictions. During times that studio owners know their monthly members will fill up classes to the point of creating wait lists, they can choose to not accept ClassPass altogether or make ClassPassers pay a premium for a spot. During slower class times, studio owners can reduce the number of credits needed in order to appeal to ClassPassers and fill up the room. 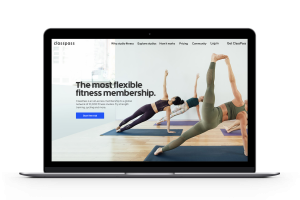 “Before, you had absolutely no control. You were losing money, and it’s changed so now the business owner has more control,” Bedingfield said.

Bedingfield said Transform has about 1,000 monthly members. Also, between three and 10 ClassPass users a month opt to purchase a membership specific to the gym. She said ClassPass accounted for between 15 and 20 percent of her overall revenue in 2018, and that according to ClassPass, Transform is the highest-grossing studio on the app in the Denver market.

“They’re just very demanding across the board,” Bedingfield said. “If they’re late because they can’t find parking, they want you to comp a class … sometimes, they get frustrated with the rules that you have.”

ClassPass charges a $22 fee to users who make a reservation for a class but fail to show up or cancel in time. Multiple gym owners said the fitness studio doesn’t get a cut of that fee, although the studio still gets the money associated with the credits used on the class.

Some ClassPass users are inexperienced and inconsistent.

“That is very frustrating for our coaches too,” Fierce45 founder Torrey Newman said. “We want people to get the most out of class, and it’s difficult to do that when you’re just popping in every once in a while.” 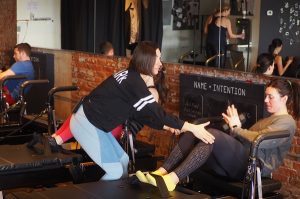 It’s one of the reasons why some gyms, such as 9-year-old CrossFit Verve in RiNo, take a hard pass.

“You walk in as a ClassPass visitor, and you’re like, ‘What the hell is an overhead squat or chest-to-bar pullup?’” owner Eric Clancy said. “Honestly, for me, it wouldn’t be worth the hassle of having (ClassPass) with the amount of bandwidth I’m gonna have to use on that person in that class. I want to make sure my members who have been with me for years are getting my attention and getting my coaching.”

For other gyms, ClassPass is worth the lower per-customer revenue. Megan Hanson, owner of High Ride Cycle in the Highlands, said the 16,891 anonymous ratings the studio has gotten from ClassPassers (similar to an Uber driver rating) have helped the studio make crucial adjustments and improvements.

Hanson, who was nominated by ClassPass as 2018’s best female instructor in Denver, said 12 percent of High Ride’s ClassPassers have ended up purchasing longer-term fitness packages from the studio. And 39 percent of the studio’s members came through ClassPass.

The hope of converting ClassPass users to full-time, paying members keeps Denver studios on the app.

Newman said if you’re on ClassPass, you might find a gym and want to pay the full membership fee.

“If you find that you’re wanting to go back to a certain place more than anywhere else, that seems like a sign that it’s worth paying a little bit more … for a membership at that gym, just to become integrated with the people,” she said.

ClassPass, which has operated in Denver for four years, offers members variety, but poses a challenge to most studios’ business model.