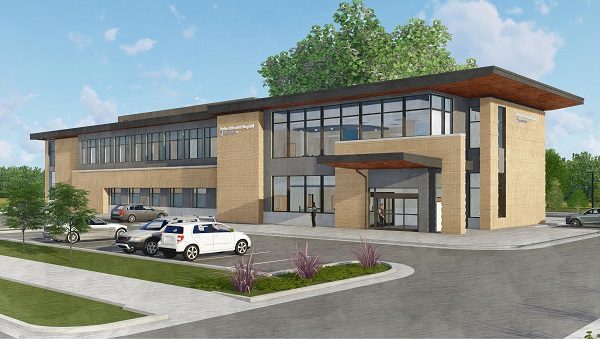 A rendering of the planned medical building. (Courtesy Centura Health)

Redevelopment is coming to the corner of Hampden Avenue and Oneida Street in southeast Denver.

Health care system Centura Health plans to build a 24,000-square-foot medical building at 6900 and 7060 E. Hampden Ave., according to a site-development plan submitted to the city.

Centura, which is the largest health care system in the state, purchased the two parcels, which combined are 1.63 acres, in 2017 and 2018.

In December 2018, the health care company purchased the 1.22-acre 6900 E. Hampden Ave. parcel from UMB Bank for $3.34 million. UMB previously operated a branch at the site, but left the building in favor of a new one it built closer to the intersection. It opened there in October. 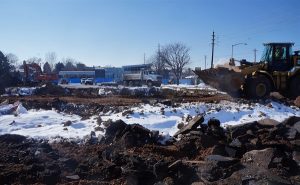 Two buildings at 6900 and 7060 E. Hampden Ave. were demolished to make way for the 24,000-square-foot Centura Health building. (Libby Flood)

The former bank has since been demolished, and the office building will follow within a few months, according to Deb Carpenter, Centura’s director of clinic operations. Records indicate that the two-story facility Centura has planned — which will include a freestanding emergency room — will have the address of 7000 E. Hampden Ave.

“Centura was very interested in this area because through some work we did analyzing the area, we realized there really isn’t anything in that area for emergency care,” Carpenter said.

Boulder Associates Architects drew up plans for the new facility, which Carpenter said will open in May 2020.

Denverite reported in May that Councilwoman Kendra Black had been lobbying for a project called “Parkside,” which would have oriented new businesses toward Southmoor Park, located south of Hampden Avenue.

Centura Health is a subsidiary of Florida-based AdventHealth (formerly Adventist Health System) and Catholic Health Initiatives, based in Englewood. The two health systems partnered together to form Centura Health in 1996, which now operates 17 hospitals across Colorado and western Kansas.

Elsewhere in the state, Centura recently paid $30 million for 57.8 acres in Colorado Springs to build a third campus in the city. 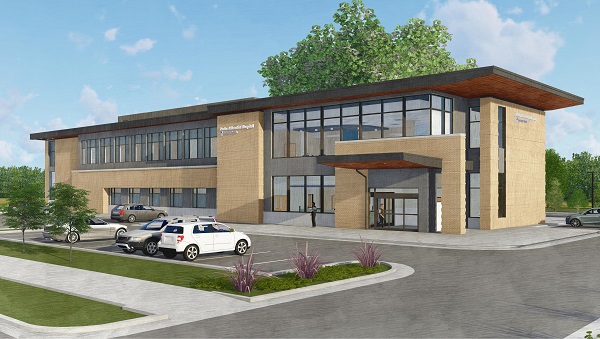 A rendering of the planned medical building. (Courtesy Centura Health)