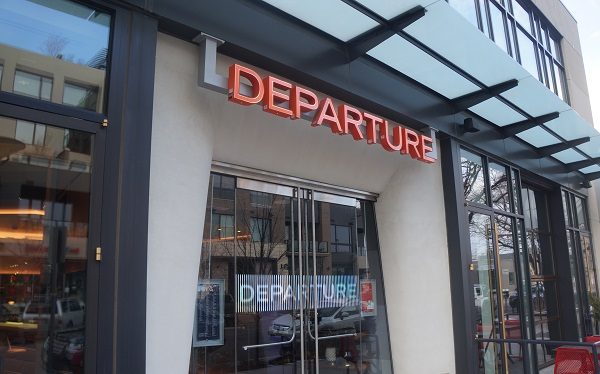 Departure is slated to close for renovations. (Photos by Libby Flood)

The Cherry Creek restaurant scene is seeing something of a departure.

A staffer who answered the phone at Departure in the Halcyon hotel Friday afternoon said the modern Asian restaurant would close at the end of Sunday for two to three weeks for renovations.

Asked whether the menu would be changing, the staffer said the concept that would reopen in the space would be “pretty different,” but that he wasn’t able to discuss it further. 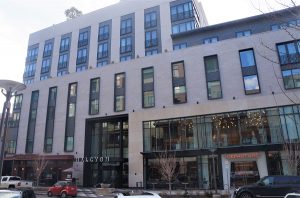 Departure is located in the Halcyon hotel.

The restaurant’s online reservation system did not allow bookings for after Sunday.

Reached by BusinessDen Friday, a representative for Sage Restaurant Group, which operates Departure, declined to comment, but referenced plans to issue a press release in the near future.

Departure was named one of the 25 best restaurants in Denver last year by 5280 magazine, which praised the restaurant’s “incredible brunch service” with offerings that include “crispy Korean-style fried chicken with pickles, a yuzu-hollandaise-drenched pork belly Benedict, and tamarind mimosas.”

Departure is slated to close for renovations. (Photos by Libby Flood)

A staffer who answered the phone Friday at the restaurant in the Halcyon hotel said it would close for about two weeks for renovations.

I always thought that a restaurant named Departure should be located at DIA.