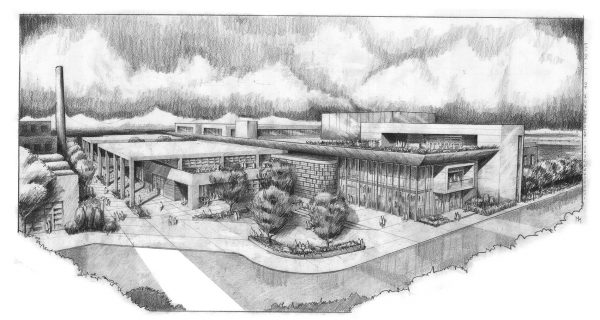 A rendering showing the performance venue component of the project, which will be home to contemporary ballet company Wonderbound. (Courtesy of Tom Gordon)

The new owner of the former AT&T campus in Denver’s Elyria-Swansea neighborhood wants to redevelop the 14-acre site to incorporate approximately 760 residential units, as well as a 500-seat performance venue.

At the time of the purchase, Tom Gordon said only that contemporary ballet company Wonderbound, which previously operated in Five Points, would move in and be incorporated into redevelopment plans for the site.

More details of those redevelopment plans become clear Tuesday. In the morning, two representatives of the Gordons spoke to a Denver City Council committee in connection with a requested rezoning of the site. And in the afternoon, Tom Gordon spoke by phone with a BusinessDen reporter about the project, dubbed “Smokestack 40.”

The 2535 E. 40th Ave. property is currently home to a massive 235,000-square-foot building, which ranges from one to two stories. AT&T, which sold the property to the Gordons, previously operated a call center there. 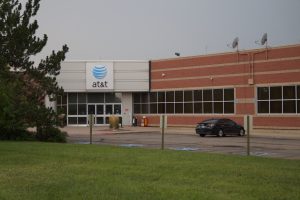 On Tuesday, Tom Gordon said his plans involve repurposing the existing structure, and building on the large parking lot to the east.

The northern portion of the existing structure would incorporate a 500-seat performance venue, which would be Wonderbound’s home. Gordon said he and his wife “feel that Wonderbound is one of the more creative, up-and-coming art groups, not just in Denver,” and that the ballet company has the potential to “gain national cachet.”

While Wonderbound has for years practiced and had offices in Denver, when the company performs, it does so in Thornton or Parker, Gordon said.

“There’s not a space that’s available in Denver for their events,” he said.

Gordon said that while Denver has “great venues,” from Red Rocks to the Fillmore Auditorium and an AEG concert venue under construction in RiNo, “there’s nothing of that quality that is in that 500-seat range.” He and his wife have gifted the space to Wonderbound, which is raising money for the conversion to a theater, he said.

Gordon said while the venue will be Wonderbound’s home, he hopes it will be used five nights a week, including by other entities. He said the venue is being designed so it can easily convert to an event center as well.

In addition to the theater and some Wonderbound offices, the northern portion of the existing structure at 2535 E. 40th Ave. is slated to incorporate what Gordon described as “attainable artist housing.”

The southern portion of the existing structure, meanwhile, would be repurposed for residential use. 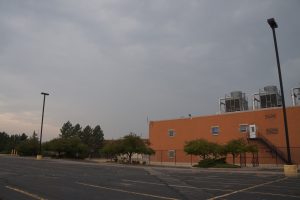 The property includes 235,611 square feet of building space, according to records, as well as a large parking lot.

As for the existing parking lot, two residential buildings with apartment and townhome units — and about 12,000 square feet of restaurant or retail space — would be built on the southern portion, Gordon said. For the northern portion of the parking lot, Gordon said he is in talks with another party about building a third structure with 60 to 70 income-restricted housing units.

The entire project would have about 760 units, including the income-restricted ones, Gordon said. He said all the units would be for rent because the site’s location within an opportunity zone could present complications if the units were sold.

The property is zoned for industrial use, which does not allow any residential units. The Gordons are requesting the zoning to be changed to I-MX-3, which allows for a maximum of three stories.

Gordon said the project is being branded “Smokestack 40” because there’s a smokestack at the site.

“It’s a tip of the hat to the former, pre-AT&T industrial nature of the property,” he said.

Council’s Land Use, Transportation and Infrastructure Committee unanimously voted Tuesday to send the rezoning request to the full council, where it will need to receive majority approval. It is scheduled for a public hearing before council on April 8.

Assuming the rezoning is approved, Gordon said he would like to break ground by year-end. He said development likely would be a three-year process, although the performance venue and income-restricted housing are on their own timeline because they depend on more external factors. 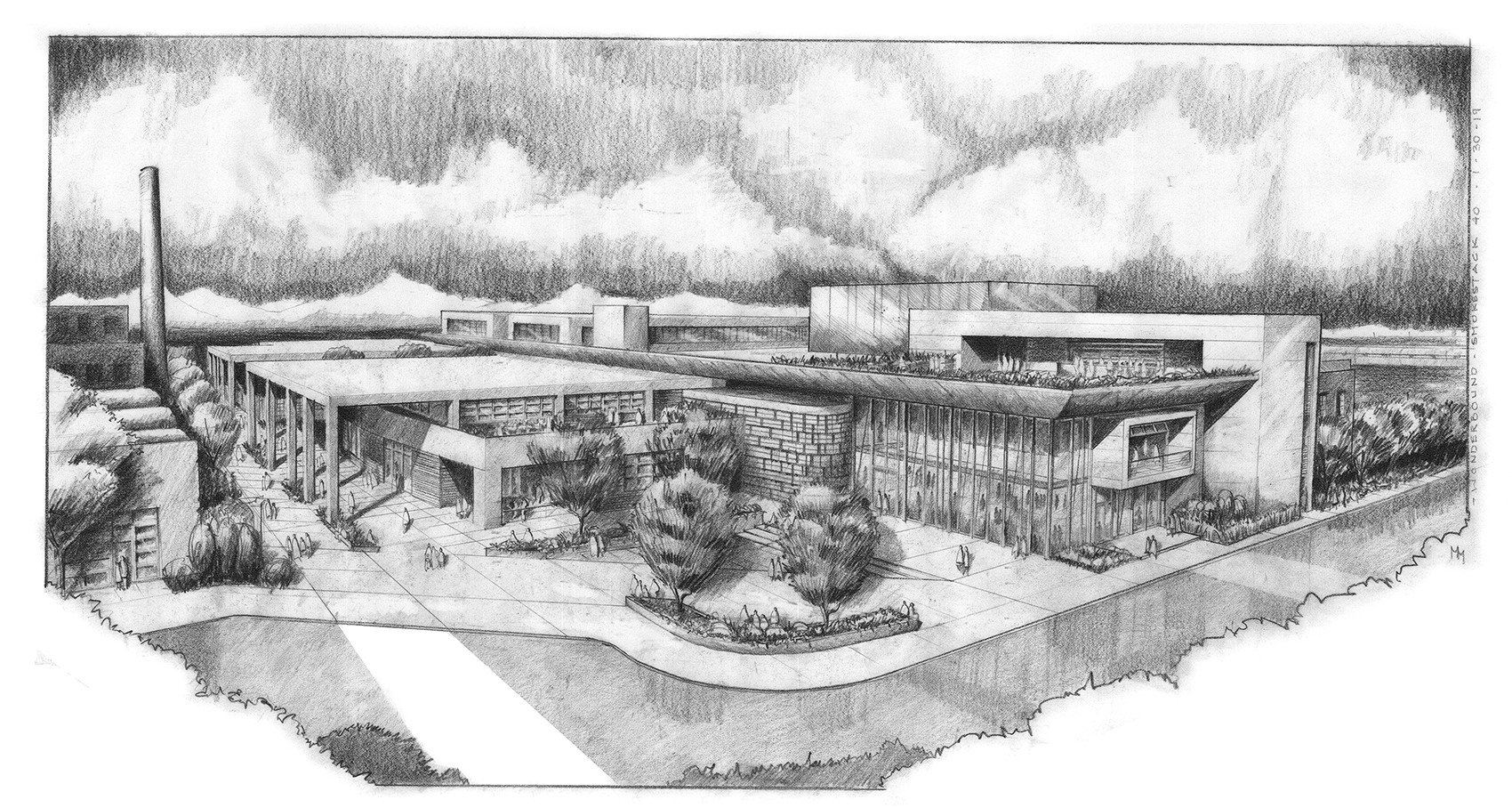 A rendering showing the performance venue component of the project, which will be home to contemporary ballet company Wonderbound. (Courtesy of Tom Gordon)

The performance venue would be home to contemporary ballet company Wonderbound.