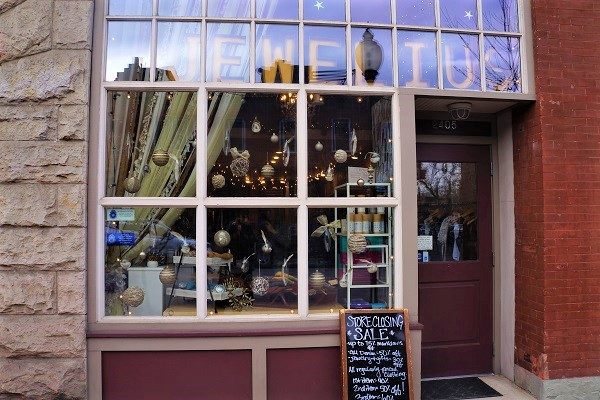 Jewelius, a women’s apparel boutique in LoHi, will close Jan. 29.

The clothing store said on Facebook last week that it is liquidating its inventory.

“It is with mixed emotions that I write to let you know that we have lost our lease and will be closing Jewelius at the end of this month,” the post reads. “While we had exercised our option to renew our lease for an additional three years, our landlords have elected to take another route.”

Rachel Lubow founded Jewelius as a pop-up store in Denver’s RiNo neighborhood in 2012. She said she moved the store to the 800-square-foot storefront at 2405 W. 32nd Ave in November of that year, where it’s operated ever since.

The store sells “clothing, jewelry, and accessories at an affordable price point,” according to its website.

Lubow said she believes her landlord declined to renew her lease in order to sell the property.

Property records show that the unit Jewelius occupies — which is on the ground floor of a three-story building — is owned by Julie Harris Properties LLC, which purchased the unit in 2009 for $258,000. Julie Harris Chatham is the agent associated with the LLC.

Chatham confirmed Tuesday that she and her husband were considering selling the unit.

“We haven’t decided for sure when that’s going to happen, but this was the time to renew her lease, so we thought that before we do that, we should decide if we want to sell it,” Chatham said. “We live in Boulder, and we have two kids and I’m a photographer, so we thought it might be time.”

Lubow said Jewelius had one employee besides herself and her mom. Lubow said she hopes to do some pop-ups in the near future and will update past customers on Instagram.

“WeWork invited us to do a pop-up around Valentine’s Day, so we’re excited for that,” she said. “The community has been really supportive; lots of people are reaching out. It’s a really cool community, and if we were to reopen, we’d love to stay in the area.”

“While we had exercised our option to renew our lease for an additional three years, our landlords have elected to take another route,” the business said on Facebook.